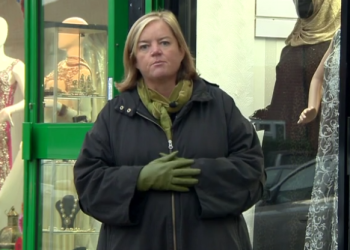 Dame Louise Casey offers a damning critique of mass immigration undertaken without serious efforts to integrate new arrivals, but she shies away from properly tackling faith schools, and the problems she identifies may be intractable.

The Casey Review is a profound and thorough demolition of decades of laissez-faire immigration policies, and an official culture which demonised as racist those who spoke out about the problems that exist in many Muslim communities.

Britain's cultural relativism and moral blindness reached its apogee with the appalling revelations about the Rotherham rape gangs. Casey writes that it was "a catastrophic example of authorities turning a blind eye to harm in order to avoid the need to confront a particular community." More than 1,400 children paid the price.

Progress integrating Britain's myriad Muslim communities has been slow, complicated by the arrival of new "first generation in every generation" foreign wives who often don't speak English, and a growing "sense of identification" among UK Muslims "with the plight of the 'Ummah', or global Muslim community."

Every few months we have a new poll, survey or official report warning that the blind pursuit of multi-culturalism is leading us to catastrophe and urging the Government to take action.

Back in January Trevor Phillips warned that it was delusional to pretend "a group is somehow eventually going to become like the rest of us" "simply because we are constantly telling them that basically they should be like us".

Casey is right to emphasise (again) the need to promote British values, history and law in schools, but Trevor Phillips posed a more fundamental challenge; what if Muslims just "see the world differently from the rest of us"?

Promoting our values is necessary, of course, but it may not be sufficient.

As with other official reports and documents, the Casey Review rests on the assumption that something can be done and that the experiment in multi-faith (and multi-civilisational) societies will end in success given enough tinkering and state action. I do not see any reason to make such a presumption.

There are now wards, in Blackburn, Birmingham, Burnley and Bradford with between 70% and 85% Muslim populations. At one school the review team visited, pupils estimated that 50 to 90 per cent of the UK's population was Asian, such was the segregation of their area.

Higher density Muslim populations create more social problems, and obviously reduces contacts between people from different backgrounds, adversely effecting wider society. A Policy Exchange survey published just last week found that those who lived in areas of more highly concentrated Muslim populations were more likely to oppose the teaching of art and music in schools than those who live in more diverse (or less Muslim-dominated) areas.

The review is hard-hitting in terms of the problems it finds, but the increasingly untenable faith schools project seems to be off-limits, even for a report that is unafraid of speaking in refreshingly frank language about everything else.

"Segregation appears to be at its most acute in minority ethnic and minority faith communities and schools, so ending state support for all faith schools would be disproportionate," the report says, yet surely in this age of equality for all it is absolutely impossible for the Government to grant faith schools to some and not to others.

And so rather than call for all faith schools to be phased out, Casey chooses to accept the segregation minority faith schools cause as the price for keeping 'popular' faith schools provided "integration tests" are imposed on them. It is a shame that even in this formidable report that faith schools are insulated from calls for serious reform.

Government action is desperately needed – a moratorium on faith schools would be a good start, and reducing the rate of migration from populations that are less likely to integrate would be another entirely reasonable step.

But it is worth contemplating that this project may end in failure, and that Government cannot make people befriend others from different ethnic and religious groups, that state action cannot overcome human nature and the impulse to live with others who are like you. The state can stop doing certain unhelpful things (like promoting faith schools), but it cannot compel changes in social life.

Efforts to 'reform' and 'reinterpret' Islam are welcome, but they are surely received more warmly among secularists than among Muslims. And the hope that younger Muslims will become more secularised, liberal and tolerant is only realistic if they are exposed to wider society. As long as self-segregation is an option, and as long as Muslims can live in wards which are almost entirely Islamic, there will be a great number, a significant minority at least, who will hold regressive, separatist views.

Last week's Policy Exchange survey had some hopeful signs, Muslims do overwhelmingly identify with Britain. But given how segregated the country and some Muslim communities are, how can we be sure which 'Britain' they identify with?

Despite decades of failures, it is worth noting that problems integrating Muslim minorities are hardly rare around the world, and this is not a problem unique to the United Kingdom. That brings us to the final unsayable thing – well known to most British people but unmentionable to officials and politicians: Islam is a special case.

Casey said on the BBC's Daily Politics that Islam "is a peaceful religion" (to furious agreement from the politicians present), and the report says that sharia law is being "abused". The review does a very good job of exposing government complacency and official ineptitude, but there are clearly some subjects that are still off limits.