Review: The Battle for British Islam, by Sara Khan with Tony McMahon 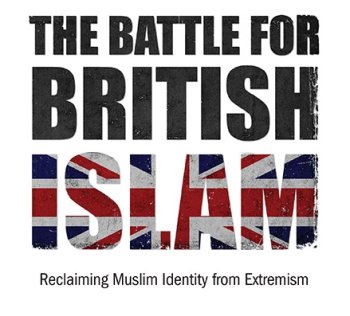 There are three million Muslims in the UK. The evidence shows they are becoming more religiously conservative, thousands are thought to have joined Islamic State; vast majorities would criminalise blasphemy and homosexuality. What hope is there?

'The Battle for British Islam' begins with a fascinating tour through recent history, charting the rise of Salafism from the fringes of Islamic thought to its position today as what author Sara Khan describes as a "major influence within British Islam" today.

Khan has spent much of her life campaigning for equality and human rights within Muslim communities in the UK, and through her organisation Inspire, she works alongside the Prevent strategy, challenging Islamic extremism and helping to save some very young teenagers from a short, brutal life in Syria and the rest of us from their quite literal self-destruction.

She espouses a liberal religiosity in the book that puts human rights above scripture, and she laments the rise of the "austere" and extreme Islamism that the west now grapples with.

The book rejects a Huntingtonian clash of civilizations, and describes the real ideological dispute of the modern world as a "furious" intra-Islamic struggle to "claim or reclaim what Islam stands for in the twenty-first century".

But the battle within British (and global) Islam between the 'moderates' and the Islamists is a competition fought on losing ground. As long as scripture and, importantly, the sayings of Mohammed, are the deciding factor that overrides everything else, the moderates will lose.

Khan favours interpretations of religion which can be reconciled to human rights, pluralism and citizenship. But the polling doesn't give much hope that many Muslims agree with her. Thank goodness then, that there are at least dissenting voices like hers.

From the outset 'The Battle for British Islam' presents a chilling account of the Islamist 'utopia', alongside accounts of this nightmarish vision in practice from the now-shrinking dominion of the Islamic State.

In Dar al-Islam (the world which is under Islamic law), the state is ruled by a caliph, all male Muslims over fifteen train for jihad, women are mothers and wives only, and education is centred entirely upon "the forming of the Islamic personality and nothing else."

There are schools in the United Kingdom today which are bent on such an end, yet many local authorities have shamefully failed to aid efforts to prosecute them, instead abandoning countless children.

In the book, written with Tony McMahon, Khan recounts some of the cases of would-be ISIS recruits she has come across during her career. The examples of female recruits are the often most appalling and, from a secular mind-set, the hardest to comprehend.

Khan writes that "up to seventy British women may be members of al-Khanssaa", a sort of Islamic SS which inflicts sometimes random, always brutal punishments on civilians under the group's control. In one case a woman was reportedly executed by al-Khanssaa for breastfeeding (under a burqa).

Targets of ISIS propaganda "hear that the kuffar hate you, that Britain is a kuffar country, you cannot live there as a Muslim as God has warned that if you die in such a land you will die as a disbeliever. The kuffar hate your religion and they want to eradicate Islam."

It is through this grim cycle that ISIS hopes to "force Muslims into a binary choice between leaving to live in the territory held by ISIS or residing in the West and becoming apostates to their faith."

The book considers anti-Muslim bigotry, rising intra-Islamic sectarianism and carefully articulates a criticism of the term 'Islamophobia' – which Khan says has come to include "a prohibition on criticising Islamist ideology" and "shutting down discussion on theological matters within Islam".

Khan says that this "trepidation among non-Muslims about Islam and Muslims" is inevitable, and adds her voice to warnings over the way in which Islamic extremism and far-right responses feed-off each other

The root cause of this cycle is Islamic extremism, and without this there would be no far-right backlash. So countering jihadism at the source is essential.

This makes the conspiratorial effort to undermine counter-extremism efforts, described in great detail in the book, a very serious practical threat. Khan and McMahon write extensively about the pushback against Prevent by groups like CAGE, aided and abetted by left-wing papers that seem to imagine open theocrats as the representative (and desirable) voice of British Muslims. The book gives an informative account of the anti-Prevent hysteria.

The bizarre alliance of the far-left and the Islamists is one of the strangest features of our politics. The authors describe it as more than a pact however, calling it (quite rightly) a "de facto merger".

"Traditional socialist ideology" has been replaced by cultural relativism and multiculturalism and this inevitably marginalises "secular voices within Islam."

Millions of Muslims now live in the west and they aren't going anywhere and neither are their religious beliefs. Indeed, the theory of secularisation (that in wealthy, modern societies younger generations are less religious than their elders) cannot be said to apply to Muslims at all, in fact the reverse is true.

Pragmatic approaches, both secular and religious, to the myriad problems Islam and Islamism pose are therefore essential. This is what Khan provides.

Whether or not you agree with their defence of what the fundamentals of Islam 'really' are, liberal Muslims are an essential part of this coalition.

Extremism cannot be defeated by "diktats from Whitehall"; a united society is needed to defeat it. They make this case convincingly.

Though hard-headed about the challenges we all face, Khan and McMahon write that the "overwhelming majority of British Muslims remain patriotic, attached to Britain and hostile to the radicalisation activities of ISIS."

This is all to be welcomed, but poll after poll also finds appalling attitudes to be prevalent, as Khan notes: "A BBC survey in 2015 found 20 per cent of British Muslims believed western liberal society could never be compatible with Islam."

She mentions as well the poll which found that one-in-ten British Muslims "thought that organisations printing images of the Prophet deserved to be attacked."

These cultural divisions may be impossible to resolve; or it may take decades to do so, but at least people like Sara Khan are trying to do bridge these vast divides.

If there ever is an Islamic enlightenment, it may be generations away. Until then some path to coexistence must be found, Khan presents a hopeful but realistic look at what some of this might look like.

'The Battle for British Islam' is available from Amazon UK.