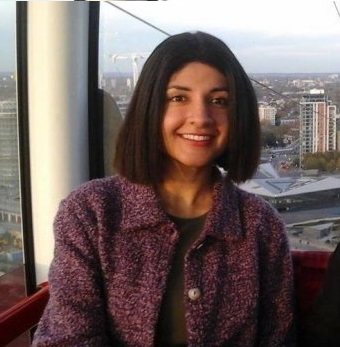 When people learn I run a secularist charity, many are confused about what secularism means and its consequences for non-Christians in the UK, writes Tehmina Kazi of British Muslims for Secular Democracy.

For the last seven years, I have been the director of a registered charity named British Muslims for Secular Democracy. When I tell other people what I do at networking events and dinner parties, most are delighted; a small proportion give me funny looks, and the rest remain abjectly confused about what secularism actually means, and its attendant implications for religious minorities in the UK.

Hence, I was pleased to find out that Jacques Berlinerblau, author of "How to Be Secular: A Call to Arms for Religious Freedom" would be speaking at the Secularism conference on 3rd September 2016, alongside myself and other secular activists. While the book was written from an American perspective, it also provided a rigorously-researched blueprint for addressing some of these issues in the UK. As Berlinerblau summarises, "So everyone uses the term (secularism), but its definition remains vague…if there's ever going to be a coherent secular movement… there will have to be clear articulation of its core values and principles."

The associate professor says his definition of secularism does not in any way denigrate religion, but rather stresses a core secular goal of "enabling citizens to live peaceably with other citizens whose creed is different than their own." While many political scientists have articulated pluralistic visions of a secular society, Berlinerblau goes several notches further by embracing the symbiotic relationship between religious communities and secularists.

He describes how their respective success as civic actors is often dependent on each other, and outlines a 12-step programme to revive secularism, which actively includes and empowers people of faith. For example, he states, "Either secularism and Catholicism, whose relations have often been strained, must have this peace pipe moment or secularism in America isn't going to go very far."

How does all of this apply to a British context, particularly to Muslims? Very well, as it happens. In Contextualising Islam in Britain, a ground-breaking research project conducted by Cambridge University, a diverse group of Muslim participants were asked "What does it mean to live faithfully as a Muslim in Britain today?" An overwhelming majority of them affirmed their support for the British model of procedural secularism (which means that it is theoretically possible for all voices, whether religious or not, to access the public sphere equally). The participants observed that procedural secularism provides many benefits for British Muslims, including religious freedom.

As British Muslims we are able, for the most part, to practise our faith in an atmosphere of respect and security, with recourse to established anti-discrimination provisions if this is not the case. Many public sector workplaces now have multi-faith prayer rooms, and halal food options (notwithstanding occasional pork DNA scares!) are available in school canteens and prisons.

Secularism in the UK can only thrive on the basis of specific pacts that different communities make with each other. Non-religious groups and individuals must accept the fact that some people view their faith as the most important part of their identities, even if this may seem perplexing. The onus is also on religious groups and individuals to forge common ground on contentious issues such as women's rights, LGBT rights, freedom of expression and the establishment of good inter-faith – and, crucially, intra-faith – relations.

While certain commentators have argued that these issues have become a stick with which to beat religious minorities, I don't think we should be encouraging the victim mentality and "Get out of jail" card that this analysis engenders.

First, we should be putting our "equalities hats" on – and keeping them there. This means acknowledging the six protected equality grounds – gender, age, disability, race, religion and sexual orientation – and respecting their rights, but also insisting that each group upholds their responsibilities. For example, this means that a religious group who believes gay marriage to be sinful is entitled to hold such a view, but never entitled to prevent other religious organisations from holding such ceremonies if they so wish. They should also expect to be robustly challenged on those views.

Gender segregation in public universities is another prime example. British Muslims for Secular Democracy and a coalition of other secular organisations – both Muslim and non-Muslim – challenged the Universities UK guidance which endorsed this. The guidance was later withdrawn, and the Equality and Human Rights Commission affirmed that gender segregation in public universities was indeed unlawful.

I am saddened and appalled that our successors at various universities seem to have prioritised cultural relativism above equality and human rights. Whether they realise it or not, they are doing a tremendous disservice to dissenters within minority religious communities. We must be very clear: when it comes to university events that fall outside the (narrow) Equality Act exemptions, separate is never equal.

By the same token, an employer who finds Islam repugnant should never be empowered – either by tacit acceptance or active collusion – to bully their Muslim employees.

Thankfully, there are many wonderful initiatives like the Measuring Anti-Muslim Attacks project (Tell MAMA) which provide support to people who have been treated badly due to their "Muslimness," or even perceived "Muslimness".

Second, we should create and promote publications that speak of civic engagement in positive terms. Within a procedural secular state such as Britain, Muslims have rights and responsibilities that are in keeping with Islamic teachings. Far from advocating withdrawal from society, mainstream Islamic scholarship regards civic engagement as highly desirable for Muslim citizens. Understanding that being a religious Muslim in Britain today also means living a full life as a citizen – with all the rights and responsibilities that entails – is a crucial step towards becoming well-integrated citizens in today's Britain.

British Muslims for Secular Democracy's revised Advice for schools clarifies this point, and gives much needed guidance on cultural and religious issues affecting Muslim pupils. It will be out later in 2016.

Tehmina Kazi is the director of British Muslims for Secular Democracy. The views expressed in our blogs are those of the author and may not represent the views of the National Secular Society.

This blog was originally published by Profexus and is reproduced here with permission. You can 'like' Profexus on Facebook here.

Tehmina Kazi is the director of British Muslims for Secular Democracy. The views expressed in our blogs are those of the author and may not represent the views of the National Secular Society.