The unreasonableness of ‘reasonable accommodation’ 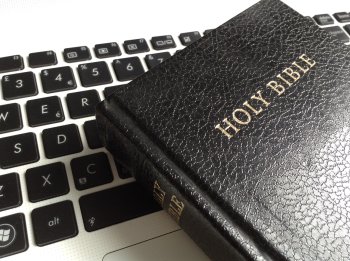 Calls to introduce a new workplace duty of 'reasonable accommodation' for religion and belief are a flawed solution to a problem that doesn't really exist, argues Stephen Evans.

But not everyone is happy.

This is because the law protects the right to manifest your religion only insofar as it doesn't impinge disproportionately on the rights, freedoms or dignity of others. For some, this isn't good enough.

The latest hobby-horse of campaigners determined to ensure that people of faith have an unfettered right to manifest their beliefs in the workplace is the concept of a 'duty of reasonable accommodation'.

One of the leading advocates for the introduction of a new legal duty to accommodate religion is the former Archbishop of Canterbury, Lord Carey. Carey has convinced himself that Christians in the UK are being "persecuted" and "driven underground" by "homosexual activists".

Another former Archbishop of Canterbury, Dr Rowan Williams, has rightly criticised such rhetoric and told Christians who complain about persecution in Britain to "grow up".

But Carey was left frustrated when the UK and European Courts rejected legal challenges to anti-discrimination rules which suggested that Article 9 of the European Convention of Human Rights (freedom of thought, conscience and religion) required that religious individuals be given an exemption from compliance with anti-discrimination norms protecting people from discrimination on grounds of sexual orientation. These included the cases of the civil registrar, Lilian Ladele, and Relate counsellor, Gary McFarlane, both of whom objected on religious grounds to dealing with same-sex couples in the same way they would with opposite-sex couples.

The National Secular Society intervened in those cases to argue that the exemptions claimed by applicants were impossible to grant without undermining anti-discrimination law altogether. In the cases of Ladele and McFarlane, we argued that the rights of gay people would be placed at risk if it were decided that 'reasonable accommodation' is acceptable when religious people provide (or refuse to provide) services to them. We argued that such accommodations are humiliating and unacceptable. The courts agreed.

Having failed to make significant gains in the courts, the aim is to re-negotiate the threshold of what is considered 'reasonable' and win extended rights to disregard workplace rules on account of having a strong religious faith.

In their mission to "advance God's Kingdom in our nation" groups such as the Christian Legal Centre have taken on often hopeless legal cases of Christians who have supposedly "suffered for their beliefs" in hope of creating a disingenuous but nevertheless compelling narrative of persecution against Christians in the UK.

Their dissembling statements and overblown rhetoric, often parroted by the Daily Mail but dismissed by the courts, have had a certain degree of success in convincing some people that there's a problem here and 'something must be done'.

To address the 'problem' of Christians receiving equal treatment, UKIP this year released a manifesto for Christians, promising to offer special protection to those who wanted to object to gay marriage or express other matters of religious conscience in the course of carrying out their jobs. The manifesto vowed to "extend the legal concept of 'reasonable accommodation' to give protection in law to those expressing a religious conscience in the workplace on this issue."

But Ukippers aren't the only ones entertaining this idea. The Deputy President of the UK Supreme Court, Lady Hale, also called for an exploration of 'reasonable accommodation' in a 2014 lecture on Freedom of Religion and Belief to the Law Society of Ireland. Even more worryingly, the Equality & Human rights Commission are right now considering 'reasonable accommodation' as part of a report on the adequacy of the laws protecting religion or belief to be issued later this year.

But the current law on indirect discrimination already provides similar protection to that which a duty of reasonable accommodation would. Employers are already obliged to take religion and belief requests seriously and under a new duty employers would still be able to turn down requests if they had a sound basis for doing so, so the situation is unlikely to change for the small number of people who think their faith isn't given due prominence by their employers.

But as a recent EHRC research report points out, whether or not any such duty did have any substantial impact would largely depend on where the threshold of 'reasonable' was set. There would still need to be a balancing exercise when competing rights clash and it's hard to see how disputes would be resolved any differently to how they have been until now.

What a new legal duty would do, however, is give the perception of privileging religion or belief over other protected characteristics and mark religion or belief out as having special status – thereby raising expectations that having a strong religious belief gives you enhanced workplace rights. Such an approach is likely to lead more workplace conflict, not less.

It is also likely to create greater uncertainty for employers. Take for example, a request to take time off work for religion or belief reasons. At the moment every employee has the statutory right to request flexible working; why are we now making a special case for religious requests? Under a new legal duty would employers feel under a greater obligation to accommodate a request for time away from work for Friday prayers or Sunday worship than they would to accommodate a request for time away to do voluntary work or pick a child up from school?

We all take our multiple identities into work – female, male, old, young, black, Asian, white, gay, straight and so on. Some of us may be religious, some of us may be parents, musicians, carers, football supporters, environmentalists, real-ale enthusiasts, volunteers, drag queens, bakers, clubbers, runners, dancers, political activists. These things all form part of our identity and can't be expected to completely separate those things from who we are at work. But when we are at work, these things take a back seat and our primary focus should be on the work we're there to do.

Nobody should expect religious people to completely 'leave their faith at home'. Any decent employer has an interest in creating a work environment where all staff are recognised as individuals and can come to work and be themselves.

In most cases it's also not necessary to require people to keep their beliefs entirely private, but we all must take responsibility for the beliefs we choose and respect the fact that other people may not share them or even respect them. There are many situations where proselytizing in the workplace is simply unacceptable. Our right to hold our beliefs is absolute, but in the interests of achieving some sort of harmony and equality of esteem for all, our right to manifest them may be subject to certain limitations. In this way, with a little give and take, we can all get along.

Civility needs to be encouraged and prejudice tackled. We all have a stake in ensuring that pluralism and religious diversity in Britain becomes a strength and not a constant source of tension. But fetishising faith and pandering to every religious demand is unlikely to lead to a more harmonious society. Demands for 'respect' and patronising religious literacy programmes warning us against microwaving sausage rolls in shared kitchen spaces are unlikely to foster greater cohesion. Neither would the creation of a hierarchy of rights, with religion at the top.

Given that the Equality and Human Rights Commission's role is to promote and enforce the laws that protect everyone's right to be treated with fairness, dignity and respect, it would be highly surprising and deeply regrettable if it recommends we go down the 'duty of reasonable accommodation' route.

The law as it stands works well. Guidance from the EHRC and ACAS is at hand to help us all to negotiate the sometimes thorny issue of religion and belief in the workplace. If guidance can be made clearer, then all the better. But let's not try and fix what isn't broken.