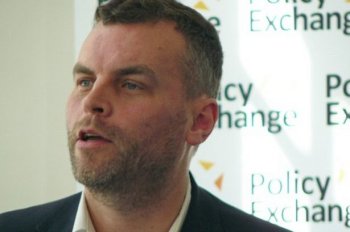 There's nothing "anti-Christian" about a society that sets about dismantling historic religious privilege, argues Stephen Evans.

In a Times opinion piece about the power of forgiveness – so poignantly expressed in Amazing Grace, the former slave trader turned preacher John Newton's hymn of redemption, Conservative Party activist Tim Montgomerie this week expressed fear about religion's dark side leading us to "eradicate all vestiges of religion" from society.

Montgomerie believes "secular fundamentalism" is making us a less tolerant society, and seems to suggest a return to "True Christianity" is our best hope of salvation.

To make his argument that Britain and America's post-Christian societies are at risk of slipping into "anti-Christian societies", Montgomerie cites three 'danger signs': the mounting campaign to close all faith schools; the questioning of Tim Farron's legitimacy to lead the Liberal Democrats; and the fear of the chief justice of the US Supreme Court that opponents of Christian morality "are determined to stamp out every vestige of dissent" which means no charitable status for faith-based groups and no room for believers in the public square, argues Montgomerie.

It's disappointing to see the comment editor of The Times so lazily trotting out this oft- repeated Christian victimhood narrative – that a shift towards a secular society is creating a society hostile to Christians.

Let's look at each of these 'danger signs' in turn.

There does indeed seem to be some sort of growing consensus that publicly funded religious schooling might not be the way to go. But those that think that way aren't necessarily "anti-Christian". As I've previously argued, with Britain's religious landscape rapidly changing, an education policy that facilitates the segregation and education of children around their parent's religious identities seems misguided. Religious schooling represents a squandered opportunity to encourage social cohesion but is also problematic in principle; beyond objective education, schools shouldn't be used to promulgate religious beliefs.

Most would agree that parents should be free to bring up their children in accordance with their beliefs – but isn't it also reasonable to believe that the state shouldn't involve itself in religious inculcation? There's nothing 'anti-Christian' about a society that chooses to move towards a non-sectarian, inclusive system of education.

On the questioning of Tim Farron's legitimacy to lead the Liberal Democrats, this has nothing to do with him being a Christian per se (after all, Charles Kennedy was a "Christian of Catholic disposition"), but on whether his supernatural affiliations affect his objectivity.

Farron has supported 'conscience opt-outs' to allow civil registrars to refuse to carry out same-sex marriages, has called abortion "morally objectionable" and "always wrong", suggested pupils at faith schools should have less of an entitlement to objective sex education, and along with other members of the Christians in Parliament group, publicly criticised an Advertising Standards Agency ruling that that a Christian ministry could no longer claim, in their advertising, that God can heal people from medical conditions.

Speaking at a Parliamentary prayer breakfast, Farron also told fellow MPs "Christianity is not a bit true. It's either wrong or utterly compellingly true" – surely Liberal Democrats are right to be concerned about their potential leader using such absolutist rhetoric?

It's not "anti-Christian" to judge a politician on their words and deeds. The unreasonable position is to suggest his beliefs should be insulated from criticism simply because he's a Christian.

Montgomerie's final point about "no charitable status for faith-based groups" appears to be a complete straw man.

Who's arguing that faith-based groups can't be charities?

There was until recently an automatic presumption that all religious organisations provided a public benefit. Rightly, this is no longer the case. The advancement of religion is still deemed a charitable purpose, but today, religious groups wishing to partake in tax avoidance are expected to demonstrate that the way in which they carry out their aims is for the public benefit, as do all other charities.

If Christians feel victimised by having to explain to the Charity Commission how their organisation provides a public benefit, that's more of a reflection of how privileged they've historically been. Clearly, some Christians have become too comfortable with the status quo in Britain.

And that's the nub of the problem. The current Christian narrative of persecution and discrimination is obviously false by any objective measure, but in the minds of some Christians, the loss of religious privilege is clearly perceived an attack.

That's why secularists of all faiths and none need to calmly and repeatedly set out the case as to why the privileging of Christian beliefs – or any religious beliefs for that matter – is no longer reasonable or desirable in modern multi-faith (and increasingly no faith) Britain. Of course religious believers are as welcome in the public square as anyone else – it's just that they should no longer be allowed to dominate it or expect their religion to dictate the lives of others.

For example, the relatively small number of Christians opposed to same-sex couples having the right to marry are welcome to voice their opposition, robustly, if they want, but they can't seriously expect to be able to prevent gay couples from having equal rights, or to be able to pick and choose what kind of people they provide services to or which equality laws they follow.

In his column, Montgomerie asks us to consider who represents the true face of religion: is it the congregation of Emanuel Church, who so graciously offered their forgiveness to the white supremacist accused of slaying their fellow believers; or it is the suicide bombers and the people leaving Britain to fight for Isis?

This is of course a false dichotomy. There is no true face of religion. Personally, I'm quite taken with the mysticism of the Sufi poets, but not for a second would I argue this is Islam's 'true face'. Islam has many faces. Some quite beautiful, some very ugly.

Religion really is a personal matter for the believer. It's clearly not something most of us can agree on.

And that's why it's best kept out of public life. Religion needs to be engaged with to some extent – like the air, it's just there – but the days of basing public policy around it need to come to an end.

The idea that the slow erosion of Christian privilege is creating an "anti-Christian" society is nonsense. It's creating a more equal, tolerant, vibrant and pluralistic society in which the state leaves matters of faith, religion and belief to individuals.

But Montgomerie says our "moral priorities are messed up" and prescribes "True Christianity" to get us back on track. Fortunately, the days of Christians being able to impose Christian values on others appear to be numbered. Rejoicing in that doesn't make you any more "anti-Christian" than not wanting Islamic values imposed on you makes you "anti-Muslim". It just makes you a secularist.