Don’t give in to the Gideons 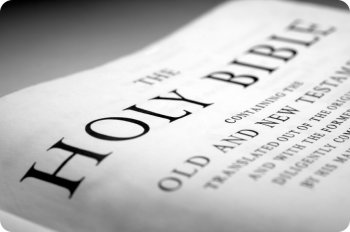 The Scottish Government must take action to remove the proselytising opportunity presented by religious observance in our schools, argues Veronica Wikman.

The Gideon Society must think that female pupils and teachers at our high schools have become a bit uppity of late and need to be reminded that "a woman should learn in quietness and full submission" and that God does "not permit a woman to teach or to have authority over a man; she must be silent."

The above passage from the New Testament was included in the books that were provided to my son and the other S1 pupils by a group of proselytising evangelicals from this society during a general assembly held at a local authority non-denominational high school in Edinburgh on 14 November.

I'm not sure how these sentiments can help to promote, for example, a positive teacher-pupil relationship, which as a parent I've been led to believe is considered important at my son's school.

Will the female teachers at his school need to undergo a sex change operation in order to keep their jobs? Or, at the very least, dress up in drag and pretend to be Mr McKenzie rather than Miss McKenzie? Will they have to mime their lessons? Or perhaps speak through a ventriloquist's (male) dummy?

It also appears to be somewhat counterproductive with regards to promoting girls' educational attainment. Presumably it means girls cannot ask questions in class or even practise their French? As a translator I feel that I can speak with some authority on matters linguistic, and it goes without saying (or actually not, in this case…) that the phonetic skills required when learning the proper pronunciation of accueillir or maintenant cannot be acquired without repeated vocalisation, which is difficult to combine with keeping quiet.

Finally, it's also difficult to see how it could be used to promote gender-equality in general for that matter?

According to the document "Safer lives: changed lives", issued in 2009, the Scottish Government "expects all public bodies to have due regard to eliminating discrimination and promoting equality between men and women."

If these are not just empty words, primarily intended as a typographically pleasing arrangement of letters, then the Scottish Government must take action to remove the proselytising opportunity in our schools that the current religious observance (RO) policy affords organisations like the Gideon Society.

Perhaps the Scottish Government needs to be reminded of the fact that Education Scotland is a public body?

Evangelising Christians like the Gideons, believe that the Bible is "infallible in authority" and "divine in authorship" and that we all should "Come to it [the Bible] with awe, read it with reverence, frequently, slowly, prayerfully."

Allowing them free access to all of Scotland's school-children, i.e. the future men and women of our society, doesn't look like exercising "due regard to eliminating discrimination and promoting equality between men and women" in my opinion.

I can only assume then, that this isn't a priority any longer? I have to assume that the Scottish Government now thinks it's more important to indulge the self-interest of proselytising religious groups who want to turn the clock back on female emancipation. Among other things. Because it doesn't stop there of course. They also take an interest in science, for example.

The Gideon Society wants all of Scotland's school children to think that the Bible "is not at variance with any proven scientific fact" and that "some of its statements reveal knowledge of the world of science that the writer could not have had apart from Divine revelation."

Is that what the Scottish Government wants as well?

I find it deeply distressing and offensive that a state-funded school can be used as an instrument for groups in our society who are interested in cultivating anti-democratic, anti-intellectual, misogynistic, racist and homophobic views in our children and teenagers.

It is precisely to protect them from these groups that we need to remove RO from our schools.

If we maintain the status quo, more and more schools will increasingly turn into giddying playgrounds for the Gideons and like-minded organisations. These groups relish the opportunity to propagate their propaganda among children, and are always ready to exploit the fact that children are its perfect recipients.

We bring our children up to trust adults in authority. How could we not? We couldn't send them to school if we didn't. As a result, children are very unlikely to turn down the advances of an adult figure of authority.

It's important to remember that any adult that appears in a school, addressing the pupils, will always be regarded as a figure of authority.

Children are also unable to critically analyse and evaluate the messages they are given. In other words – it's a win-win situation for the evangelisers.

Children — on account of being just that — will always be at the mercy of the agenda of the adults they are surrounded by.

Veronica Wikman is the education officer for the Edinburgh Secular Society. The views expressed are those of the author and do not necessarily represent the views of the NSS.