Are we being bamboozled by this charming Pope? 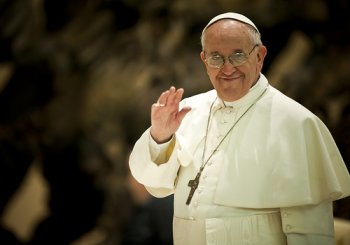 Pope Francis may be charming – but he is part of a rehabilitation plan that depends on bamboozling us rather than delivering any real change, argues Terry Sanderson.

Am I being cynical or has the Vatican scored an amazing PR victory with Pope Francis?

Snr Bergoglio seems, within a few short months, to have passed beyond initial suspicions into the land beyond criticism. The global perception of him is of a benign, cuddly, modest man who everybody would like as their granddad. He can do no wrong.

What's not to like? He lives modestly, he deplores ostentatious displays of wealth and power, he makes reassuring noises at gay people – and even atheists. He kisses babies in a way that doesn't seem sinister. He rings up people who write to him and chats. He sends small amounts of money to old age pensioners who have been mugged (ensuring, of course, that everyone knows about it). He likes football, he seems relaxed when he is on public view. His every move is gleefully reported by an adoring media who take everything at face value.

So, has the papacy been revived after the sudden exit of Francis's rather unlikeable predecessor, Joseph Ratzinger (stage name, Benedict XVI)? Put it this way – if Francis decided to visit Britain, I think it would be difficult to raise a 'Protest the Pope' campaign on the same scale as the last one.

Should we all be celebrating? Is the nightmare of Ratzinger over? Is the Catholic Church suddenly going to embrace everyone without judgement and lighten its idiotic and damaging doctrines?

Well, let's have a look back and check what it was about Ratzinger that we deplored so much when we took to the streets in such numbers in 2010.

We said that it was horrendous that he denied contraception and abortion in developing countries where AIDS was rampant and poverty endemic. Is Francis going to change that any time soon?

We objected to the Catholic Church's many aggressive campaigns aimed at the rights of homosexual people, the attempts to derail gay marriage, the sacking of gay teachers in Catholic schools. Is Francis going to change that?

We complained about the way the Catholic Church treats women, keeping them out of its own hierarchy and attempting to control, at every level, their lives and decisions. Is Francis tackling this problem?

It was clear that Ratzinger was a disaster for the Church. All over the world people were repulsed by his intolerance, his coldness and his autocratic insistence that conservatism would rule the Catholic Church, and nothing of significance would change. Catholics all over the globe were ditching their attachment to the Church, distancing themselves from the inhumane institution that it had become. They were shocked by the revelations of the scale of child abuse and stunned that responsibility for its cover-up lead inevitably to the desk of the pontiff himself.

This catastrophe could not be permitted to continue. Ratzinger was single-handedly destroying the Church. He had to go.

Given the circumstances, he was lucky to escape with his life. History shows that inconvenient Popes have been lethally dispensed with more than once.

And so came his unprecedented resignation. He was too old, ill and decrepit to continue, he claimed. So off he went with his handsome Gaenswein into obscurity.

Now it turns out that Ratzinger isn't ill at all. Visitors to his residence within the Vatican say that he is lively, active and on top form, Not exactly running marathons, but not fading away either.

So, then came Francis. Elected, we're told, in the traditional way by the College of Cardinals. The election was over in a few hours, almost as though they had gone through the motions to provide a spectacle for the TV cameras, with the result actually having been decided in advance. This is all speculation, of course, but it does seem very convenient.

And now we have warm and friendly Francis, the man who is expert at gesture politics, the kind of human interest stuff that keeps the newspapers happy, keeps the flock smiling and detracts from any inclination to ask awkward questions about the continuing nastiness of the Catholic Church's doctrines.

At the beginning there were questions about Francis's behaviour in his native Argentina. But that's all buried now. Nobody wants to know about that. He's too nice to try to smear with tales of co-operation with a tyrannical regime.

To be fair, the Pope is not the all-powerful dictator that some think. His powers are limited. Even if he wanted to (and there is no evidence that he does) he couldn't change any of these things unilaterally.

So, what we have is not a change of doctrine but a change of emphasis. We have a front man who will accentuate the positive and in doing so shove the negative out of site under the carpet.

But the bad boys are still there, and they're still at it.

Pope Francis may be personally charming, but he is part of a rehabilitation plan that depends on bamboozling us rather than delivering any real change.

The media storm of adoring stories about Francis and his "different approach" mislead us into thinking that something (other than emphasis) has changed.

As Kate Smurthwaite wrote in the Independent:

"The most frightening story of all however dates back to July when Pope Francis brought in new laws for the Vatican state. Again the superficial story — increasing the maximum sentence for child sex abusers in the state from 10 to 12 years — makes great positive press.

"We should first remember though that organisations representing victims of clerical abuse were not best-pleased with the changes, saying 'The Church hierarchy doesn't need new rules on abuse. It needs to follow long-established secular laws.' "

Secondly he took the opportunity to bring in a law meaning up to eight years jail time could be faced by anyone caught stealing or leaking information concerning the "fundamental interests" of the Vatican. Sneaking in one law behind another more headline-grabbing one and making it harder for insiders to whistle-blow on corrupt Vatican dealings? Smooth-operating spin doctors would be proud.

An opinion poll in Rome found that three out of four Italians liked the direction the Church was taking, compared with less than 45% last year. A YouGov/HuffPost poll of U.S. Catholics showed that more than four in five thought Francis had a positive effect on the Church.

"Most people clearly believe the church has turned a corner, and if they believe that then that's half the battle," said Maria Rossi, Opinioni's co-director.

And so, without changing a jot or tittle of doctrine, the Vatican now expects to see its wayward flock streaming back into the pews, together with their cheque books and credit cards – which have been sorely missed. 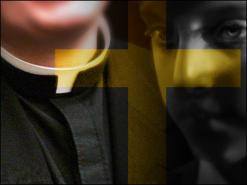 Victims of historic child sex abuse speak out, after Catholic Church refuses to accept “liability” for the crimes of their priests

The Catholic Church is refusing to accept "liability" for long-term sex abuse that went on at the Mirfield Junior Seminary, despite paying... 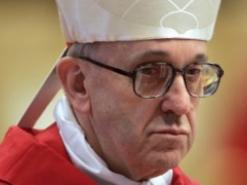 The Pope has promised Jewish and Muslim leaders in Poland that he will do his best to overturn the ban on religious slaughter that was agreed... 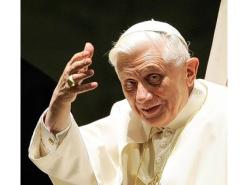 Poll shows widespread European indifference to the reign of Ratzinger

Most people think that Pope Benedict XVI – who ceased to be head of the Catholic Church yesterday – and his leading Catholic bishops... 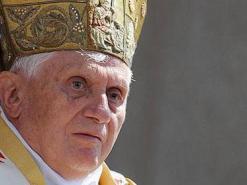 The Pope has given his personal support to a campaign being run by right-wing Catholics to have abortion "defunded" throughout the European... 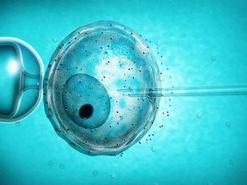 Speaking at a conference on infertility in Rome, the Pope has renewed his attack on IVF treatments. He said artificial methods of getting...

As the Catholic Church unveils another inadequate plan to tackle child abuse, this open letter from Keith Porteous Wood highlights some steps the pope could take if he was committed to taking effective...

You've got to give the Vatican credit for having installed a Pope who appears to be nice and cuddly and says all the right things. But as with everything pertaining to the Vatican, one needs to keep a...

It may be a new velvet glove, but it’s the same old iron fist at the Vatican

As a United Nations Committee on children's rights confronts the Vatican on its abysmal record on clerical paedophilia and criminal cover-ups, Keith Porteous Wood describes his role in bringing the Holy...

Will the UN finally bring the Vatican to account for its child abuse crimes?

When the issue of same-sex marriage began to arise around the world, the Catholic Church foolishly decided that it would make opposition to it a main plank in its attempts to revive itself. Allied with...

The Catholic Church is in crisis, and not a moment before time. The level of arrogant politicisation to which it aspired under the papacy of Joseph Ratzinger was appalling.

The Catholic Church must change or die