Can we please stop wasting money on these endless surveys that just tell us what we already know? 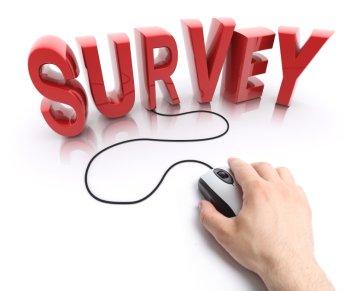 Professor Paul Weller of Derby University seems to have cornered the market in research into perceived discrimination against religious groups. He seems to bring out a new report on it every year — all saying basically the same thing. We have also had occasion to question his methodology in the past.

All this is done at considerable taxpayers' expense.

The latest is 'Religion and Belief: Discrimination and Equality in England and Wales. A Decade of Continuity and Change'

The results are based on elaborate consultations around the country and basically boil down to the fact that complaints about unfair treatment on grounds of religion have declined since the Equality Act was brought in.

Those conflicts that do occur are usually the result of the prejudice of individuals rather than because of workplace policies. As the report puts it: "the experience of unfair treatment is more often reported to be occasional than frequent."

When asked, some religious groups still gripe that they are singled out for unfair treatment. Muslims, particularly, think they get a hard deal. Jews say that anti-Semitism is still present in this country (although they don't say which other "faith group" practises it most) and Pagans find it difficult to get people to take them seriously.

And where religious groups have institutional power — such as in schools — non-believers feel at a distinct disadvantage. At the same time, Christians are fed up with Muslims getting more attention than they do.

But it's all rather low-key and unalarming.

Most of us recognise the situation from our day-to-day lives. We don't need Professor Weller spending all that public money to tell us that some religious people are annoyed that other people aren't interested in their beliefs.

Professor Weller labels this "religion or belief naivety" and defines it as:

"A lack of basic religion or belief literacy that sometimes leads to actions that can be seen as and/or result in unfair treatment. It may not have any apparent directly negative impact on the lives of individuals or groups other than (the effects of which should not itself be underestimated) perpetuating a status quo where not enough is known about these religions.

So, it seems, Professor Weller — a Baptist Minister for 13 years before his academic career — is concerned that not everybody is totally fascinated with and respectful of religious views. Some people are simply indifferent and don't want to spend valuable time being "re-educated" in a way that will force them to change their opinions.

Personally, I'm not fascinated by Ramadan and don't particularly want to know anything about it. I don't want to know what Whitsuntide means, either, or why Sikhs have to wear a dagger. So long as they follow the law and don't impinge on the rights of others I'm happy for enthusiasts to believe whatever they want.

But it seems some believers are annoyed when non-believing co-workers have the temerity to eat their packed lunch during the "holy month" or occasionally blurt out an expletive that they regard as "blasphemous". They want them to stop because it offends their religious sensibilities.

But if someone in the office likes train spotting, and other people think its "geeky" (see the hatred that trainspotters have to endure here — please include them in your next report, Dr Weller), you wouldn't expect him to complain to the boss that his feelings had been hurt because others don't share his interest.

Why should our religious colleagues be any different simply because we can't be bothered with their precious beliefs, either?

It seems to me Professor Weller is making a mountain out of a molehill and simply encouraging religious people to look for offence where otherwise they might just shrug it off as part of life's rough and tumble.

Discrimination, however, is different. I would join a strike to defend any colleague who was being disadvantaged because of their religion. If they were denied promotion, for instance, or faced the sack simply because of what they believed, I'd be on the front line with them.

Professor Weller's report is also strangely out of date. Religious complaints that seek to gain preferential treatment rather than equality have been dealt a killer blow in Europe in the judgments on Ladele, Chaplin and the others. We hope that such self-seeking legal actions are now a thing of the past.

The law is there to protect individuals from injustice, not to bring advantage to particular religious beliefs.

Most religious people have come to terms with the fact that they are not special in the workplace, they only have the same rights as everyone else. Agitating to have every Friday or Saturday or Sunday off because of your religion, while your colleagues have to work on, is simply not fair.

Employers should try to accommodate all reasonable requests from their workers, of course — whether it's for holidays, a change in hours to take in the school run or time off to go to prayers. But if it can't be done without adversely affecting the business, then most employees will accept that "no" is a reasonable answer. Religious people should accept it, too.

Professor Weller's report is long, convoluted, strangely behind the times — and expensive.

We must call time on any more of them.