Public perceptions and reality - have we got it wrong? 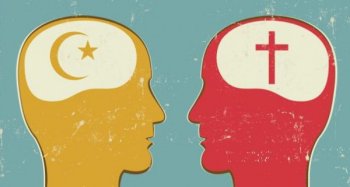 An Ipsos-Mori poll for the Royal Statistical Society tried to measure what people's perception of issues were as opposed to the reality (according to the official figures).

On religion, the survey found that people vastly overestimated the number of Muslims living in Britain at 24%. According to the census, the actual number is nearer 5%.

As far as Christians are concerned, people thought that 34% of the population was Christian, whereas the census showed the number at 59%.

There was a vast disparity between public perceptions and reality in other issues. When asked how many girls under 16 had become pregnant in the past year, people guessed at 15%. In reality it is more like 0.6%.

But let's not forget that the accuracy of the census figures on religion have been questioned many times, so we shouldn't take anything for granted.

Other large-scale polls find the number of Christians to be much nearer the 34% that people estimated, and the number of Muslims has been underestimated by the census too.

And, anyway, what does being a 'Christian' mean? A lot of people who haven't been near a church for decades and don't intend to go near one, still regard themselves as 'Christian'. And that includes people who say they're Christian and then say they don't believe in God or the resurrection or the virgin birth or miracles or anything else that would genuinely qualify them as anything but cultural Christians.