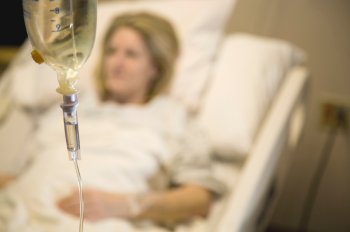 With NHS Greater Glasgow and Clyde seeking to appeal the ruling for the allowance of conscientious exemption from abortion procedures, Louise Finer of Reproductive Health Matters argues that judges must not forget the rights of women – to health, autonomy, dignity and respect

The recent decision of judges from the Scottish Court of Session – an appeal court – in the case of Doogan and Wood v. NHS Greater Glasgow & Clyde Health Board [2013] CSIH 36 tests the limits of the conscientious objection provisions in the UK Abortion Act (1967), setting a worrying precedent for women seeking abortions in the UK.

Mary Teresa Doogan and Concepta Wood, Labour Ward Coordinators at the Southern General Hospital in Glasgow and both practising Roman Catholics, sought to exercise conscientious objection to their role in the "delegation, supervision and/or support" to other staff performing medical termination of pregnancy. Their conscientious objection to performing abortions had already been lodged and accepted. This case, reportedly brought in response to the increase in terminations in the labour ward which resulted from the closure of services elsewhere in the city, sought to extend this objection.

The decision of the Scottish Court of Session – an appeal court – reverses the 2012 decision that found against the two women's claim on the grounds that "nothing they have to do as part of their duties terminates a woman's pregnancy". In reaching their decision, Judges Drumadoon, Dorian and McEwan pay scant attention to the rights of women, the duty to make available and accessible health services set out by law, or the ethical obligation on midwives – as health providers – to make the care of people their first concern, to provide care without discrimination, and to act as an advocate for the people for whom they care [1].

The right to conscientious objection: not without limits
At the heart of the case is the determination of whether Doogan and Wood's attempt to invoke conscientious objection is legitimate. According to the UK 1967 Abortion Act (Art.4), one can conscientiously object to 'participation in treatment'. This warrants the discussion of whether their role – in "delegation, supervision and/or support" to the provision of abortion – constitutes "participation" in the procedure. But the case also throws up human rights concerns that must be examined alongside the UK's international human rights obligations.

That there is a right to conscientious objection is not up for debate, it is clearly grounded in the right to freedom of religion, conscience and thought, as set out in the International Covenant on Civil and Political Rights among other human rights instruments to which the UK is party. Yet the right is not absolute, and the freedom to manifest one's religion or beliefs may be limited for the protection of the rights of others [2].

The application of conscientious objection to the field of sexual and reproductive health has grown significantly in past decades, in parallel to the increasing liberalisation of abortion around the world. It is most commonly applied to abortion, but also sterilisation and fertility treatment

This judgment should be seen alongside the significant body of national and international law that has developed in response to the increased invocation of conscientious objection. The question at the heart of the Scottish case is "how direct does your participation in a procedure have to be for your conscientious objection to be justified". Existing jurisprudence suggests very direct:
- In 2001, the European Court of Human Rights dismissed the case brought by pharmacists Bruno Pichon and Marie-Line Sajous in France who refused to sell contraceptives based on their religious beliefs, ruling that "as long as the sale of contraceptives is legal and occurs on medical prescription nowhere other than in a pharmacy, the applicants cannot give precedence to their religious beliefs and impose them on others as justification for their refusal to sell such products, since they can manifest those beliefs in many ways outside the professional sphere."[3]
- In Colombia in 2006, the Constitutional Court set out unequivocally that only individuals can exercise conscientious objection, and therefore any attempts by institutions such as hospitals or health centres, to object to the provision of legal abortion, would violate women's rights4.
- In the UK, in 1988, the House of Lords rejected an appeal brought by Mrs Janaway, a secretary who claimed conscientious objection to refuse to type a letter referring a woman for an appointment that may have ended in her obtaining an abortion [5]. The appeal was rejected on the grounds that this did not constitute "actually taking part in treatment administered in a hospital or other approved place".

United Nations human rights bodies have consistently warned states of their responsibility to ensure that access to safe and legal abortion, contraception and other sexual and reproductive health services is not restricted by the practice of conscientious objection.

It is interesting to note that even Pope John Paul II recognised that invoking conscientious objection should not result in the limitation of the rights of others: "freedom of conscience does not confer a right to indiscriminate conscientious objection. When an asserted freedom turns into license or becomes an excuse for limiting the rights of others, the State is obliged to protect, also by legal means, the inalienable rights of its citizens against such abuses. [6]"

The Scottish ruling: a worrying precedent
The Court of Sessions' ruling is worrying on a number of counts.

What next? A call for "conscientious commitment"
The power dynamics at play behind conscientious objection must not be ignored. Women who seek a legal procedure that, for some, is religiously or morally contentious, must necessarily rely on health providers. These health providers may have chosen to work in an area of health even in the knowledge that their objection to certain legal procedures will mean they are unable to provide the full range of services to which women are entitled. As Professor Bernard Dickens has written:

'Health care professionals who place their own religious or moral interests above their patients' health care interests experience an especially unethical conflict of interest because physicians enjoy the power of a legal monopoly over the provision of medical services [9]'.

How far should health services have to go to accommodate the conscientious objection of its staff? The implications are wide-reaching and have the potential to be unworkable, even in a large health facility where there are sufficient trained staff to cover the duties of those who object. Doogan and Wood claimed objection to supervising abortions, and the judges considered that as "part of the team responsible for the overall treatment and care of the patient" their objection is warranted. This formulation not only blurs the distinction between individual and collective roles as subject to conscientious objection, but it suggests that the objection of one member of a team could trump the commitment of another person in the team to providing the procedure. The judges pay insufficient attention to the delays in care that will be caused by expanding the application of conscientious objection to managerial roles. This ruling, if implemented, will lead to unworkable situations for the management of health services and quite possibly delays in care that jeopardise the health of women seeking abortions.

The decision in this case sets a worrying new precedent. For judges to suggest that the right to conscientiously object exists "because it is recognised that the process of abortion is felt by many people to be morally repugnant" without also recognising that many not only do not find the legal procedure morally repugnant, but find the idea of denying health services and autonomy to women unacceptable on ethical and human rights grounds, is a serious omission that fuels its stigmatisation.

As orchestrated anti-abortion groups seek new ways to hinder access to, and stigmatise women seeking abortions, it is time for doctors, nurses and others to declare their conscientious commitment to providing abortion services. It is also time for judges to remember the rights of women – to health, to autonomy, to dignity and to respect – when reaching decisions that affect them directly.

Louise Finer is the Managing Editor of Reproductive Health Matters. This blog was originally published on the RHM website and is reproduced with the author's permission. The views expressed are those of the author and do not necessarily represent the views of the NSS.

[1] Nursing and Midwifery Council (NMC). The Code: Standards of conduct, performance and ethics for nurses and midwives. 6 December 2007.

[8] See, for example, United Nations Committee on Economic, Social and Cultural Rights. Concluding Observations on Poland, E/C.12/POL/CO/5. 2009, para.28 and UN Special Rapporteur on the Right to the Highest Attainable Standard of Health. Report of the Special Rapporteur on the right of everyone to the enjoyment of the highest attainable standard of physical and mental health, Anand Grover. A/HRC/14/20/Add.3.para.36.