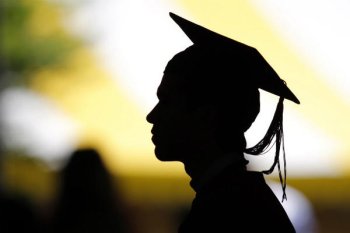 A new website, Safe Campus Communities, aimed at helping universities handle radicalisation and extremism on campuses was launched at a Universities UK conference in London this week.

The website, which has been welcomed by the Minister for Universities and Science, David Willetts, has been described as providing those involved in higher education with "a range of information to help them with issues including external speaker protocols, effective community and police engagement, and inter-faith relations on campus."

Commenting on the new site, Nicola Dandridge, Chief Executive of Universities UK - which runs the site - said: "This new website creates an invaluable resource for universities. It will enable them to share information as to how they have addressed the challenge of ensuring that their campuses are open, while also providing a safe environment for all staff, students and visitors.

The website's launch follows a report by the All-Party Parliamentary Group on Homeland Security, published in April 2011, which described campus extremism as a "serious problem". The report advised the government to "finally tackle the serious problem of radicalisation on university campuses with utmost urgency".

The "utmost urgency" advised is understandable; extremism within the university arena, particularly in its religious form, is a well-documented phenomenon, and an increasingly terrifying one.

Student Rights, a group dedicated to tackling extremism on campus, has highlighted the many forms through which religious extremism is being inculcated on campuses. A report compiled by the group, along with the Henry Jackson Society, shows the ways in which student societies, particularly Islamic ones, distribute information on, and links to, extremist lectures and information. Its research shows how Islamic Societies encourage the ideology of groups such as Hizb ut-Tahrir, and invite external speakers who promote ideas of a Western war against Islam, support for paramilitary violence in Israel, encourage intolerance of non-believers and obligate Islam as a political system for law and governance.

It is within this context that the insidious practice of gender segregation has also become an increasingly common issue on campuses, with 180 events in the period March 2012 to March 2013 being investigated for evidence of segregation.

Of course, there have also been a number of well-known cases linking terrorist activity to universities; one of the most high-profile of which was the former University College London student Umar Farouk Abdulmutallab who attempted to blow up a plane flying to the United States on Christmas Day in 2009.