Muslim patrols are a sign of things to come 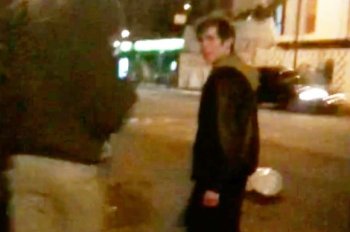 On the streets of Greece supporters of the far-Right Golden Dawn party patrol neighbourhoods, attacking anyone who looks like an immigrant. In Denmark a group calling itself Call to Islam has declared parts of the country to be "sharia-controlled zones" and its "morality police" confront drinkers and partygoers. In France right-wing vigilantes ran Roma families out of a Marseilles estate and burnt down their camp. In Spain nine Islamist extremists recently kidnapped a woman, tried her for adultery under sharia and attempted to execute her before she managed to escape. And here English Defence League thugs march in towns and cities "reclaiming" the streets from Muslims.

Something very worrying is spreading across Europe. Fascists and Islamist extremists alike are copying what Hitler's Brownshirts excelled at – enforcing with threats and violence their version of the law in neighbourhoods. And the moderate middle is left gawping.

In Britain "Muslims Against the Crusaders" have recently declared an Islamic Emirates Project. They are seeking to enforce their brand of sharia in 12 British cities, naming the two London boroughs of Waltham Forest and Tower Hamlets among their targets. Little surprise then that in these two boroughs "Muslim patrols" have taken to the streets and begun enforcing a narrow view of sharia over unsuspecting locals.

Petrified Saturday-night revellers have been stopped by hooded thugs in these so-called Muslim areas, who warn them that alcohol, "immodest" dress or homosexuality are now banned. To add to the humiliation of being threatened, all this is filmed and uploaded on to the internet. Now some shops in East London no longer feel free to employ uncovered women or sell alcohol without fear of violent reprisals.

While this street-level problem festers across Europe, al-Qaeda and its affiliates are busy capitalising on the chaos of the post-Arab Spring world. Syria, Libya, Mali and Somalia are being ravaged by jihadist outfits, and all of them are attracting European-born Islamists seeking the thrill of real combat.

British jihadists with South London accents have already been documented as shooting the British journalist John Cantlie in Syria. Scores of young European-born Arabs and Somalis are following in the footsteps of British Pakistanis in travelling to lawless conflict zones. What happens when these men, schooled in the use of political violence in far-flung places, return to Britain?

Five men have been arrested for assault, but the Muslim patrols could become a lot more dangerous and, perhaps willing to maim or kill if they are joined by battle-hardened jihadis.

The killing last year of Osama bin Laden was hailed as a milestone in defeating al-Qaeda. President Obama was keen to portray himself as having severed the head of the snake. But no one man ever controlled this loose movement. And while it may lie dormant for a few years in different parts of the world, there are plenty of committed grassroots ideologues to ensure that it will rise again. And worryingly, the Islamist world view is a entrenched default position even among many non-devout British Muslims.

I fear that the Muslim patrols are a sign of things to come. As Syria becomes the new Afghanistan, we should prepare for the blowback from a new wave of extremists.

The Government has a sensible policy to challenge extremism at home and abroad. It has committees, partnerships and policy papers all in place that understand the need to build cohesion at the national level and root out extremism in local communities. But very little has actually happened at the grassroots. I struggle to see initiatives that inoculate young Britons against extremist messaging.

The longer we stand by and watch the far Right and Islamists impose their dogma on our streets, the more the extremes will become mainstream for a rising new generation.

Maajid Nawaz is Chairman of the Quilliam Foundation and author of Radical: My Journey from Islamist Extremism to a Democratic Awakening. This article was originally published in The Times and is reproduced with permission.