Discriminatory acts have a moral significance 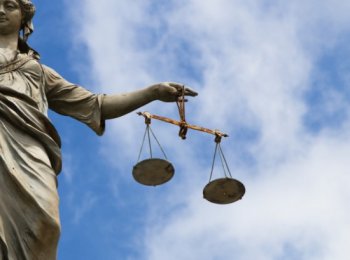 Joshua Rozenberg's piece on the issue of conscience exemptions from anti-discrimination legislation argues that no legitimate aim has been identified for requiring individuals to provide a service in violation of their religious convictions in circumstances where others may step in and provide the relevant service.

At first glance, this argument has a certain attractiveness. But it misses a fundamental aspect of anti-discrimination laws. Such laws are not solely about ensuring provision of services. The wrong done by signs in 1960s boarding houses that said 'No Blacks, No Irish, No Dogs' went well beyond the denial of accommodation. Discriminatory acts have a moral significance beyond the deprivation of the relevant service. No one would say that Rosa Parks had suffered no relevant harm if there had been available to her in Montgomery, Alabama, a second bus company which had no discriminatory seating arrangements, even if that second company's buses were more comfortable and frequent.

The need to ensure that discriminatory acts are not facilitated is even more pressing when the individual seeking permission to discriminate is carrying out functions on behalf of the state, which has a particularly serious responsibility to ensure the equal dignity of its citizens.

Certainly, this approach involves significant restriction of the freedom of conscience of individuals. However, anti-discrimination laws are intended to coerce free conscience. There would be no point in anti-discrimination legislation if it could not bind those who sincerely believed that it is morally wrong, for example, to employ women with young children, or to facilitate inter-racial sexual relationships by renting mixed-race couples hotel rooms.

Many have argued that anti-discrimination laws grant too much power to the state, or that freedom of conscience is such a fundamental liberty that the right to equal treatment should not curtail it. This is a respectable libertarian argument. However, the authorities in the UK and in a range of countries across Europe and north America have concluded otherwise and decided that the balance ought to be struck to protect private belief absolutely, but to restrict the ability to act out that belief in a discriminatory manner in the provision of services.

Thus, the law protects the right of an individual to hold beliefs while insisting (with limited exemptions for businesses in private homes) that individuals cannot refuse services to people on the basis of those beliefs. A person is perfectly entitled to believe that homosexuality is morally wrong but is not entitled to refuse services to someone on the basis of that belief.

If the Strasbourg court's declared desire to give a 'margin of appreciation' to national authorities on controversial matters of social policy has any meaning, it will hold that the approach of these countries lies well within the range of reasonable responses available to national authorities in balancing the conflicting rights in this area.

Furthermore, any exemptions granted cannot be selectively conferred on those whose conscience claims are still within the mainstream. Requiring accommodation of those whose faith requires them to discriminate against homosexuals will make it impossible to resist demands for the accommodation of those whose faith, or other kind of belief, requires them to refuse to provide certain services to individuals with particular racial or religious identities.

However, it would be a remarkable abandonment of their established caselaw if the European Court of Human Rights were to decide that the Convention on Human Rights mandated an approach that precluded national governments from taking account of the very serious moral harm done by discriminatory acts beyond deprivation of a particular service in legislating in the area of anti-discrimination.

Dr Ronan McCrea is a barrister and lecturer in the Faculty of Laws at University College London. He is the author of Religion and the Public Order of the European Union (Oxford University Press, 2010). Dr McCrea assisted the NSS with its submission to the European Court of Human Rights.

This article was originally published by the Law Society Gazette and is reproduced with permission.