Motes and beams in banking ethics 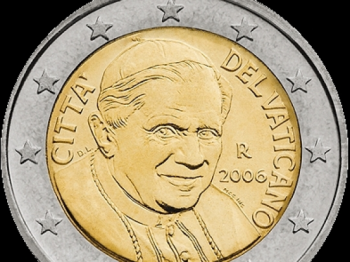 Back in 2009, the Roman Catholic Archbishop of Westminster, Vincent Nichols, held a private seminar entitled "Leadership in the financial sector: a moral and spiritual challenge?" for top City financiers to explore the relevance of Pope Benedict's encyclical on social teaching, Caritas in Veritate, for the financial sector. The Pope even sent a personal message to the meeting, the underlying theme of which was to see how the financial sector would be much more ethical with Christian principles.

The list of delegates to that 2009 City seminar now makes interesting reading. For example, you will find the Catholic Marcus Agius, then chairman of Barclays Bank, now soon to be its ex-chairman in the wake of the Libor-fixing scandal that was clearly well established by the time of that seminar but about which Agius says he knew nothing at that point. Another delegate was Stephen Green, (no, not that one!) then Group Chairman, HSBC Holdings and now Lord Green, Coalition Minister for Trade & Investment. Much has been made of Lord Green's Christian belief — he is an Anglican lay preacher or 'non-stipendiary minister' — in influencing his business career, not least in his own book Serving God, Serving Mammon. In a typically obsequious piece in the Times (one of several, including one titled "The banker with God on his side") the Anglican journalist Ruth Gledhill said "A senior manager (in the banking industry) told The Times that he believed it no accident that the world's strongest private-sector bank, HSBC, criticised in the "good times" for being too conservative but now well placed to survive the crisis, is headed by an Anglican lay preacher, Stephen Green. Mr Green has made no secret of how his religious convictions inform his business life." The inference here is all too clear.

But how does it stack up three years on, I wonder?

Last month, Lord Green was forced into commenting on the HSBC money laundering scandal that took place while he was running the bank, but refuses to reveal what he knew about US Senate findings that HSBC laundered money for Mexican drug barons and possibly even terrorists. This is likely to result in a record fine for HSBC, possibly up to $1bn. It is now also implicated in the Libor fixing scandal that cost Barclays' Agius his job while, as Private Eye has pointed out, HSBC was the largest seller of the US sub-prime mortgages that induced the credit crunch ($11bn written off in 2007 alone), and its US companies are being sued by regulators for packaging up 'dodgy' mortgages and selling them on false pretences to US taxpayer-backed agencies. It added that on Green's watch, HSBC was also 'right at the heart of just about all of banking's UK excesses, notably insurance mis-selling (compensation provisions now well north of £1bn) and offshore tax evasion', on which it is now co-operating with an US authorities' investigation. HSBC was also fined a record £10.5m in 2011 and told to pay some £30m in compensation to thousands of elderly and disabled UK customers who were mis-sold complex financial products designed to pay for long-term care. Imagine if that had been on Sir Fred's watch at RBS instead of Stephen Green's at HSBC!

It's odd that the media continues to heap opprobrium on Sir Fred Goodwin and the Government acts to revoke his knighthood, while simultaneously ennobling Stephen Green and giving him a key job in the Cabinet. Maybe one human sacrifice for the banking crisis is enough. Either that or Sir Fred should have covered his back by writing a book before the crisis on how a Scottish Presbyterian upbringing imbued his business philosophy.

Returning to that 2009 seminar, perhaps Archbishop Nichols held up the Vatican Bank to the delegates as the blueprint for a more ethical banking system, but I doubt it. The Vatican Bank, should you need reminding, is a bank that publishes no accounts and apparently conducts no audits. It can hardly be considered a blueprint for a more ethical banking system based on greater transparency and accountability. It has been trying to improve on this since 1998, but the recent Vatileaks scandal and the sacking of its President, a man now on record as saying he fears for his life, has revealed the tensions in bringing in even the most basic transparency and accountability to the world's most secret bank, while the July 2012 report from the European banking regulator Moneyval said its measures for tackling money laundering and financing of terrorism were inadequate. The report graded the secretive bank in 16 key areas and found it to be falling short on seven of them, including insufficient compliance on reporting of suspicious transactions, and insufficient supervision and monitoring as well as insufficient customer due diligence. The report was highly critical of the current supervision and accountability structures of the bank, with the lack of independent supervision highlighted as a major concern with key management personnel lacking appropriate credentials for the jobs they held. Predictably, of course, Catholic media hailed the Moneyval report as a victory for Vatican bank officials and for Pope Benedict personally.

We can add to this ethical dilemma an admission by the Church in Mexico that it knowingly accepts drug money, but uses the Bible to justify not having to be concerned about the source. In an unguarded moment in 2005 the Bishop of Aguascalientes revealed how Church doctrine can let the end justify the means. Giving money to the Church, he said, "purified" it. Monsignor Ramón Godínez Flores who had studied theology and canon law in Rome explained that "It is immaterial where the donations from drug trafficking originate and it's not up to us to investigate the source of the money."

The head of the Education Commission of the Mexican Bishops' Conference (CEM) used an example to show that it doesn't matter how money is obtained; all that counts is the "good intentions" of the donor. When the Son of God "received the homage of a woman who anointed his feet with costly ointment", said the Bishop, "Jesus did not ask, where did you buy that perfume? He didn't enquire where the money came from, he just accepted the homage."

If this is an example of Christian financial ethics at work, then we're in far more trouble than we thought! Now you would think any self-aware organisation would have put its own house in order before running seminars for others to heed its message, but the old Vatican adage of "do as we say, not as we do' seems to have prevailed yet again. Might it consider calling in its Chief Exorcist, Father Gabriel Amorth, to exorcise the ghosts of Archbishop Marcinkus and Roberto Calvi which appear to haunt the Vatican Bank's proceedings still?

Or perhaps it's just time for Archbishop Nicholls to organise another seminar on banking ethics but with a more appropriate "motes and beams" agenda, and any 'moral and spiritual challenge' confined to his own organisation first and foremost.