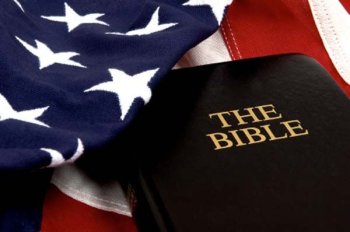 The American religious right continues its advance into Europe. Our representative at the Fundamental Rights Agency Hans Christian Cars reports that Roger Kiska, Senior Legal Counsel at the Alliance Defence Fund, is based in Europe and disturbingly has been elected to the Advisory Panel 2012-2013 of the Fundamental Rights Platform (FRP).

The Alliance Defence Fund says of itself: "ADF is a legal alliance of Christian attorneys and like-minded organizations defending the right of people to freely live out their faith. Launched in 1994, ADF employs a unique combination of strategy, training, funding and litigation to protect and preserve religious liberty, the sanctity of life, marriage, and the family."

It holds up the progress in Europe with equality and non-discrimination as an awful warning to its domestic audiences in the USA and intervenes in European affairs – for example, it claims that its legal action at the European Court of Human Rights was instrumental in persuading Spain to abandon the ethics classes mandated in Spain by the previous government (the new right-wing government was opposed to them anyway). It submitted a legal opinion to the Czech government trying to dissuade it from making abortions available at a reasonable cost to citizens of other EU states.

It has also been allowed by the European Court of Human Rights to intervene in the four cases from the UK that are to be decided this autumn, including two in which Christians claim a right to refuse services to gays.

Kiska's election address was distinctly deceitful in what it did not say:

As an international human rights lawyer specialising in fundamental rights and having experience with all of the European institutions, I am well placed to serve the needs and provide the proper level of legal and policy based expertise on behalf of the FRA's NGO constituents. Being Vienna based, I would further be available to the Advisory Panel for any and all meetings. The breadth of my legal work on behalf of the Alliance Defense Fund has included involvement in more than 20 cases dealing with fundamental rights at the European Court of Human Rights. As a human rights expert I have also testified or keynoted Committee or Inter-group meetings at the European Parliament on rights issues. I have further had the privilege of serving as an expert for other national parliaments in Europe. It would indeed be an honour to serve the Advisory Panel and the fine NGO's it represents.

We need to raise awareness of the motivations of organisations such as ADF which – like the European Centre for Law and Justice – tend to pass under the radar with names and presentations that suggest a more disinterested approach.

David Pollock is President of the European Humanist Federation, to which the National Secular Society is affiliated.