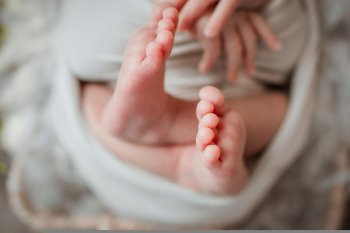 Professionals in academic, legal and medical fields have called for the UK's largest doctors' union to change their "permissive" stance on non-therapeutic male circumcision on infants and children, in a journal article published this month.

The British Medical Association (BMA) released guidance on non-therapeutic male circumcision of children in 2019 to aid physicians in deciding whether to perform the procedure. The BMA has long claimed to be "neutral" on the ethics of non-therapeutic circumcision on male children. However, the article describes how this claim is inaccurate since the BMA guidance, premised on an "incoherent and impracticable analysis of the child's best interests", is permissive of the practice.

The article said the guidance is a "missed" opportunity to "accurately reflect current ethical, legal, safeguarding, or medical concerns" regarding infant circumcision.

The authors said they are "not aware" of any other non-therapeutic invasive procedures on children involving "significant harm" that the BMA treats as "ethically neutral".

The article raised a number of specific concerns with the BMA guidance, including:

The article warned that the BMA's guidance would, if applied to female genital cutting, yield the conclusion that cutting healthy tissue from a non-consenting child's vulva "could permissibly be performed if the parents request it for cultural or religious reasons".

It concluded that a "consistent application of widely-accepted medical ethics, safeguarding, legal and human rights principles should result in equal protection for all children from all forms of non-therapeutic genital cutting practices to which they cannot consent".

Dr Antony Lempert, chair of the National Secular Society's Secular Medical Forum and one of the report's authors, said: "The BMA has produced guidance that is inconsistent, confusing and at times, incoherent, reflecting the deeper, unresolved moral and legal tensions surrounding child genital cutting more generally.

"Childhood ritual male circumcision is an anomaly. There is no other case where the law and medical guidance would countenance such an invasive, painful and often unsafe procedure on a non-consenting minor.

"Instead of circumventing good medical practice so as not to offend religious sensibilities, ethical and legal consistency would strengthen arguments against all ritual genital cutting practices. Ultimately, this would protect boys and girls since advocates of female genital cutting are increasingly emboldened by inconsistent guidance permissive of ritual male cutting."

Image by Tú Nguyễn from Pixabay

We are committed to ending all forms of forced non-therapeutic genital cutting. Join our campaign to protect all children from non-consensual and unnecessary body modification.