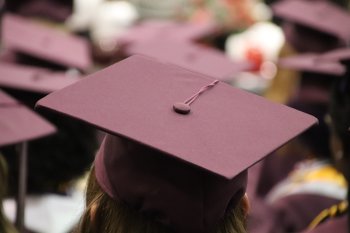 The National Secular Society raised concerns that some theological colleges registered with the Office for Students (OfS), which can therefore access public funds including student loans, have policies that restrict academic freedom and freedom of speech.

This is despite OfS conditions of registration requiring higher education providers to uphold these freedoms, the NSS said in a letter to the minister of state for higher and further education Michelle Donelan.

The OfS's conditions of registration state that higher education providers must allow staff and students to "question and test received wisdom" and "put forward new ideas and controversial and unpopular opinions".

One of the theological colleges identified by the NSS as potentially in breach of these conditions is Moorlands College, which says activities including teaching and research "shall be carried on in strict accordance with the doctrinal basis set out".

Regents Theological College requires staff and students to adhere to the statement: "We believe the Bible, as originally given, to be without error".

The NSS has reported the theological colleges with the most egregious restrictions on speech and academic freedom to the OfS.

The NSS said requiring students and academics to adhere to "binding and unquestionable" statements of faith is "incompatible with academic freedom, and necessarily restricts their freedom of speech".

But in response, Michelle Donelan said some of the rules imposed by colleges "can be exempt from free speech duties on the grounds of religion or belief", due to exemptions in the Equality Act 2010.

She indicated these exemptions would also apply to the Higher Education (Freedom of Speech) Bill, which if passed would impose further requirements for universities to protect freedom of speech. She said: "As adherence to any given doctrine is not in itself speech, theological colleges will be able to continue to operate with such rules in place."

Keith Sharpe, chair of the National Secular Society' Secular Education Forum, said: "The minister's contention that being bound by doctrinal dogmas is not a limitation on free speech is difficult to understand.

"Theological colleges self-funded by a particular religious organisation for the purpose of training their own ministers rightly have freedom in law to maintain and enforce their own religious doctrine.

"But where these theological colleges have voluntarily become OfS-registered providers of higher education in return for access to public funds, the public has the right to expect that they be held to the same standards as any other registered provider."

"Plans to exempt theological colleges from legal duties to protect freedom of speech and strengthen academic freedom demonstrate that such institutions should not receive public funds intended for higher education."