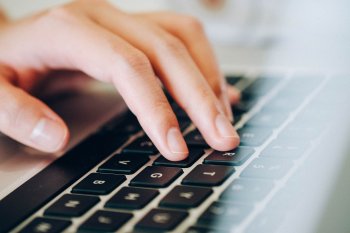 The NSS has said it is "extremely concerned" that the standards code and guidance of the Independent Monitor for the Press (IMPRESS) will "unnecessarily restrict freedom of speech regarding religion".

IMPRESS is consulting on revisions to its standards code, which aims to protect the public from "unethical news reporting". All IMPRESS members must adhere to the code.

IMPRESS members include the Islamic publications 5Pillars UK and The Muslim News.

A new clause in the guidance says publishers should "avoid conflating religious, ideological or cultural practices or beliefs" and should acknowledge when there is "controversy" about how a practice or belief is described.

It gives the example of female genital mutilation (FGM), which it says is "often incorrectly written about as a religious practice when it is, in fact, a cultural practice".

In its submission to the consultation, the NSS said it had "serious concerns" about this guidance, calling it "ill-conceived, inaccurate and highly likely to result in distorted reporting and censorship on religious issues".

It said whether a practice or belief is 'religious', 'ideological' or 'cultural' is "never straightforward". This includes FGM which is sometimes practised for religious reasons. The NSS cited examples of Islamic schools which encourage the practice.

It said: "Preventing journalists from pointing out that religion is often an important motivation behind FGM not only distorts the truth – it also undermines efforts to end this atrocious form of violence against women and girls by understanding and tackling the root motivations".

It said the guidance "will be used to try and silence negative stories regarding religion".

The guidance says if there is doubt as to whether a practice or belief is religious, ideological or cultural, "publishers may wish to seek appropriate guidance from relevant experts before publishing the content".

The NSS warned this may prompt journalists to approach religious leaders for advice, who are "often strongly motivated to portray their religion in a positive light" and may not provide an objective viewpoint regarding controversial practices and beliefs.

The guidance says publishers "must not encourage hatred or abuse against any group based on their protected characteristics".

But it has an exception for "threats" against certain groups to "burn in hell", which it said "should not be seen as language that encourages hatred".

It said a threat to 'burn in hell' is "an extremely strong expression of hatred" and would "exempt religious forms of hate speech where other forms would be rightly prohibited".

Many incidents involving religious threats to 'burn in hell' have been investigated by the police as hate crime.

The NSS expressed concerns about other aspects of the code and guidance which may censor reporting around religion, including an implication that the terms "extremist Christians" and "radical Islamists" may breach the code.

It welcomed aspects of the guidance that acknowledged the importance of free speech, including the freedom to criticise religion, but said other clauses in the guidance "may conflict" with this and "must be addressed to ensure freedom of speech on topics that engage religion or belief".

NSS head of policy and research Megan Manson said: "News publishers should never publish with the intention of encouraging hatred or abuse. We all have a responsibility to help foster tolerance and cohesion in our society – not least news publishers.

"But the IMPRESS code and guidance will potentially distort or censor reporting on issues relating to religion. This will make it harder to hold religious organisations to account when they themselves encourage hatred or abuse, or otherwise cause harm."

IMPRESS's consultation closes on Friday. Its new code will be published this summer.