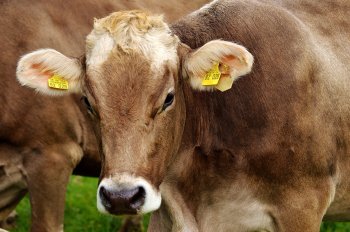 The National Secular Society has criticised the government for enshrining religious exemptions from animal welfare laws in a bill meant to protect animals.

The government has backed an amendment to the Animal Welfare (Sentience) Bill that compels advisors to respect "religious rites" when making recommendations on issues regarding animal welfare.

The bill, which aims to protect animal welfare by recognising animals as sentient beings, will establish an Animal Sentience Committee made up of experts to ensure government policy considers animal sentience.

But the amendment says recommendations made by the Committee "must respect legislative or administrative provisions and customs relating in particular to religious rites, cultural traditions and regional heritage".

The amendment replicates similar provisions in the Lisbon Treaty, which the UK is no longer a party to after leaving the European Union.

The amendment was criticised by Henry Smith MP, patron of the Conservative Animal Welfare Foundation and co-chair of the All Party Parliamentary Group for Animal Welfare.

He said: "I don't support this carve-out and think it is unhelpful, as it gives an opportunity for unacceptable exceptions to otherwise effective animal welfare legislation."

The move has been welcomed by representatives of the kosher and halal industry as it could make it more difficult for the committee to recommend removing religious exemptions from slaughter regulations.

Legislation requires all animals to be stunned before slaughter to minimise suffering. The only exemption is for religious communities to meet Jewish and Muslim religious dietary preferences for kosher and halal meat.

The government's own advisory body, the Farm Animal Welfare Council (FAWC), has said that non-stun animal slaughter should be banned completely. The FAWC have concluded that animals slaughtered without pre-stunning are likely to experience "very significant pain and distress" before they become unconscious.

RSPCA, Compassion in World Farming and the British Veterinary Association all support an end to non-stun slaughter to improve animal welfare at the time of death.

A 2015 YouGov poll found almost 80 per cent of the UK wants an end to non-stun slaughter.

NSS head of policy and research Megan Manson called the amendment a "setback for animal welfare".

She said: "This bill represented a golden opportunity to strengthen animal welfare protections in the wake of Brexit.

"Instead, it has been used to protect religious exemptions to the detriment of animal welfare.

"The scientific consensus is clear that slaughtering animals without stunning them is cruel. That's why it's rightly illegal in most circumstances.

"But in a bitter irony, the Animal Welfare Bill is likely to limit the power of advisors to recommend that animals are stunned before slaughter in all circumstances – including for halal and kosher meat."