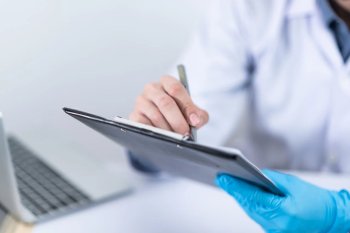 But in 2018 an investigation by The Times revealed it was falsely telling women that termination causes breast cancer and infertility.

A counsellor at the Belfast clinic of Stanton Healthcare was recorded telling an undercover reporter that she was "too beautiful for abortion" and that a termination would make her breasts "fill with cancer".

Lesley Regan, then-president of the Royal College of Obstetricians and Gynaecologists, said it was untrue to claim that abortion caused breast cancer. Claims about infertility were also untrue because they were based on outdated techniques, she said.

Stanton Healthcare was originally set up by Brandi Swindell, a US Christian activist.

The Edinburgh branch says its charitable objects include "the advancement of the philosophical belief in the existence and equal value of human life from the moment of conception until natural death".

Its executive director is Donna Cameron, a parishioner of a Catholic church in South Queensferry, according to a "Pro-Life Parish Life" newsletter.

The newsletter, which appears to be published by the Catholic Archdiocese of St Andrews & Edinburgh's Pro-Life Office, describes Stanton Healthcare as a "pregnancy support service".

It also says the archdiocese will support the charity's "much needed work through our parishes, the pro-life network and our communication resources."

Cameron has declined to provide details of the medical advice the charity will be providing.

A spokesperson for OSCR said: "Based on the evidence we gathered during the application process, we determined that the organisation's purposes were charitable under the legislation and the activities it plans are intended to provide public benefit, taking into account all the factors the law requires us to consider, including possible disbenefit to the public."

NSS head of policy and research Megan Manson said: "It is concerning that a charity with such a questionable track record on advising pregnant women has registered a branch in Scotland.

"Charities have a duty to provide a public benefit. Any organisation that provides misleading healthcare information due to religious biases cannot be fulfilling this duty and should not operate as a charity."

Carol Mochan, Scottish Labour's spokeswoman on women's health, said there were "serious questions" to be asked regarding the organisation's charitable status.

In 2014, Education for Choice published research involving 33 'crisis pregnancy centres' in the UK. The majority of which were "found to be giving misleading information on the mental and physical health outcomes of abortion, and/or using inappropriate language and emotional manipulation when it came to discussing pregnancy options".