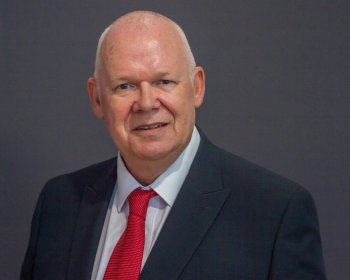 The decision, which the National Secular Society has welcomed, comes after Geoff Brodie (pictured) was elected as the new chair of Isle of Wight Council last Wednesday.

Councillor Brodie had proposed a motion to end the prayers, which were said as a formal part of the opening proceedings of full council meetings.

The motion was due to be heard at last week's meeting, but became unnecessary when the councillor was elected as chair.

The chair of the council is allowed to choose whether or not to appoint a chaplain to say prayers, and Cllr Brodie decided not to do so.

He has called for the end of council prayers since being elected to the council in 2005, arguing that they were discriminatory.

Cllr Brodie told the NSS: "It has been my long held view that prayers have no place in a secular organisation like a local authority.

"I have battled for an end to this practice for 16 years, to no avail. Now that I have been elected as chair I had the power to end the practice.

"The general view seems to be that it was about time. Hopefully my decision will be maintained once I stand down in a year's time."

The councillor also told the BBC: "If people want to take prayers or have periods of contemplation before full council I am more than happy to see that, but it will not be part of the formal part of this agenda."

The Local Government (Religious Etc. Observances) Act enables a majority of councillors to impose acts of worship on other councillors as part of the official business of meetings in England.

The act was passed in 2015, after the NSS won a legal challenge at the High Court three years earlier. The court ruled that councils did not have the authority to include prayers on the agendas of council meetings.

A number of local authorities in England now begin their meetings with prayer as part of their official business, although others recognise that the practice is inappropriate.

The NSS argues for the end of prayers as part of official government business both locally and nationally.

"The practice of saying prayers during council meetings imposes a particular form of religious worship on those who often have no wish to take part in it. It is discriminatory, alienating and unnecessary.

"Councillor Brodie is quite right to bring it to an end on the Isle of Wight, and councils across England who continue to impose worship on councillors should take note. Local government meetings should be equally welcoming to all, regardless of their religion or belief."