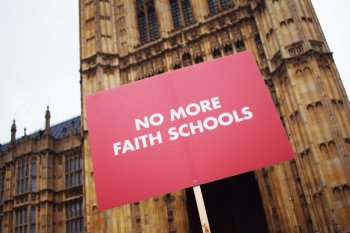 The Department for Education has approved funding in principle for a new voluntary aided secondary school in Kingston-upon-Thames, which will be allowed to enforce a particularly exclusive religious ethos.

The other three schools, in Derbyshire, Kent and Hartlepool, have moved forward as part of the latest wave of free schools in the government's academies programme in England.

The school in Derbyshire has moved to the pre-opening stage, while the DfE has approved the other schools in principle.

Read the story in full on our No More Faith Schools website.