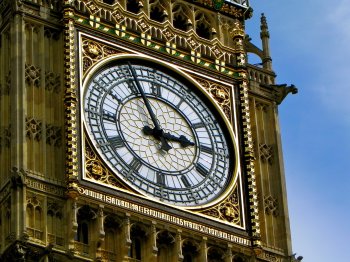 The National Secular Society has said it is justifiable to restrict communal religious activities during the Covid-19 pandemic in a submission to a parliamentary committee.

The Joint Committee on Human Rights recently launched a call for evidence as part of a consultation on the impact of lockdown restrictions on human rights.

As part of its work the JCHR is considering the impact on the freedom of religion and belief, and whether interferences with that right have been "proportionate".

The NSS said permitting collective worship while it is unsafe to allow similar communal activities would put public health in jeopardy and undermine the principle that citizens should be treated equally.

The society said restrictions on the right to freedom of religion or belief should only be introduced if they were necessary and proportionate. But it added that this right is qualified and can be abridged if it poses a significant threat to public health.

The NSS also questioned the government's decision to continue to allow communal worship in England even after the recent introduction of localised tier 4 restrictions, and during the current national lockdown.

The society said this would strike many people as "an incongruous, irresponsible, unnecessary and unfair privilege" when compared to the restrictions on everyday life elsewhere.

The NSS added that inconsistencies and perceived double standards could reduce compliance with the rules more widely.

This week the NSS has written to Cabinet Office minister Michael Gove to question the current double standard in government policy.

The decisions to exempt communal worship from these restrictions came after prolonged lobbying from some religious leaders.

The NSS noted evidence from the UK and abroad that communal religious gatherings raised the risk of transmission, infection and mortality.

The society also noted that the risk of mortality was especially high in some minority religious communities.

The NSS noted evidence that there was significant concern within religious communities over the impact of allowing communal religious activities to continue.

And it highlighted examples where religious groups had not followed the rules, adding that this showed the importance of sending the message that the rules applied equally regardless of religion.

NSS head of policy and research Megan Manson said: "The restrictions on individual freedoms in recent months have been regrettable but understandable, given the nature of the current public health crisis. Qualified rights can be limited where necessary and proportionate, and that includes the right to freedom of religion or belief.

"Assertive religious leaders have increasingly pushed for religious gatherings to receive special treatment as the pandemic has gone on, even as secular activities with similar benefits and risks have been forced to close. The JCHR should be wary of these groups' claims.

"As many people including those within religious communities have pointed out, giving religious groups exemptions from lockdown restrictions exposes all of us to heightened risk, and can foster feelings of inequality and unfairness."