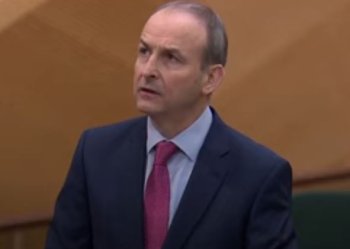 Ireland's prime minister has said the state failed to uphold its duty of care after a report highlighted serious failings at church-run institutions for vulnerable women and children.

The final report of Ireland's Commission of Investigation into Mother and Baby Homes, which was published this week, examined what happened to women and children in the homes between 1922 and 1998.

The report identified an "appalling level of infant mortality" as it found that about 9,000 children – around 15% of those in the homes – died in them. It also identified 200 women who died while resident in the homes it investigated.

Many of the homes, where women who became pregnant outside marriage raised their children, were owned and run by religious orders – mostly from the Catholic Church.

Others, which were owned by local health authorities, often employed members of religious orders to help run them.

The report noted that mother and baby homes in Ireland and elsewhere made the "reform" or "salvation" of mothers and children "central to their mission".

And its findings highlighted the damaging impact of some of the Catholic Church's teachings and its close ties to the state in Ireland. For example it said:

Among its other significant findings, it said:

"The Irish state, as the main funding authority for the majority of these institutions, had the ultimate ability to exert control over these institutions, in addition to its duty of care to protect citizens with a robust regulatory and inspection regime.

"This authority was not exerted and the state's duty of care was not upheld. The state failed you, the mothers and children in these homes."

He added that the report had exposed a "stifling, oppressive and brutally misogynistic culture" in the country.

"As a society we embraced judgementalism, moral certainty, a perverse religious morality and control which was so damaging. But what was very striking was the absence of basic kindness."

A survivors' group, the Coalition of Mother and Baby Home Survivors, described the report as a "damning indictment" of both church and state.

"We must not overlook the fact that the government and the Roman Catholic Church and Protestant churches ran the homes together hand in glove," it said in a statement.

But the coalition also said it considered the report "fundamentally incomplete", saying it had ignored an official state policy to force the separation of single mothers and their babies.

Another survivors' group, Irish First Mothers, said the report was a "whitewash" which absolved the churches and state of "any systemic responsibility".

A survivor has also called for the Church of Ireland to apologise for its role in running a Protestant mother and baby home which was included in the report.

"It should serve as a reminder of the damage that can be done when states defer to religious institutions on matters of morality, give them power to exploit vulnerable people, and fail to hold them accountable for abusive practices."