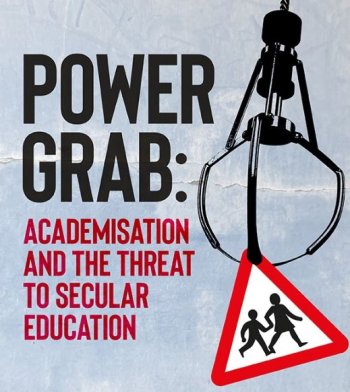 Religious groups have gained greater control over thousands of schools – including many which nominally have no religious character – as a result of opportunities created by academisation, the National Secular Society has revealed.

The NSS has found around 2,650 community academies in England are now in MATs with a degree of religious governance. This figure represents almost half (48%) of all non-faith schools in MATs.

Meanwhile 265 schools have acquired an official faith designation or ethos after becoming academies in MATs.

And an estimated 19 to 38 academy trusts which have no religious designation or faith schools have direct religious involvement in their governance.

The report has also revealed a trend of diminishing secular oversight in existing faith schools which have entered multi-academy trusts.

Seven in 10 former voluntary controlled (VC) schools which have entered MATs are in trusts where a majority of trustees are appointed on religious grounds. This amounts to more than 500 schools.

In VC schools only a minority of trustees are appointed on religious grounds.

"With little public attention or debate, large swathes of England's education system have come under religious governance, while secular democratic oversight has diminished. An unhealthy bias towards religious schooling is undermining efforts to keep schools secular, and to check the extent of religious groups' control over faith schools.

"Our report recommends a series of practical steps which the government can take to address this in the short term. But it also notes that the best long-term solution would be to roll back faith-based education, so all state schools serve their communities equally and fairly – regardless of residents' religion or belief."

Read more and download the full report on our dedicated page.

**Power grab: Academisation and the threat to secular education** Please read and share this new report, exposing how religious groups are expanding their influence over thousands of schools through academisation.
Share the report on Twitter