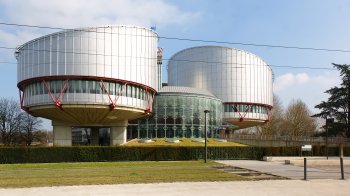 The National Secular Society has welcomed a European court's decision to reject an appeal by two nurses who were rejected from positions as midwives because they refused to perform abortions.

Ellinor Grimmark and Linda Steen, who are Christian, claimed the refusal to hire them as midwives in Sweden was a violation of their right to freedom of religion and conscience.

Several Swedish courts had ruled against them and last week the European Court of Human Rights declined to take up their case, which it described as "manifestly ill-founded".

Grimmark brought complaints under articles nine, 10 and 14 of the European Convention on Human Rights. These protect, respectively, the right to freedom of religion, thought and conscience; freedom of expression; and freedom from discrimination.

The judges ruled there had been an "interference" with Grimmark's religious freedom but it was not a violation of the convention. This was because it had a "sufficient basis in Swedish law", pursued the "legitimate aim of protecting the health of women seeking an abortion" and was proportionate.

The court also referenced a finding from the Swedish discrimination ombudsman that a nurse refusing to perform abortions for non-religious reasons would have faced the same treatment.

The ECHR ruling found that Sweden's domestic courts "carefully balanced the different rights against each other and provided detailed conclusions which were based on sufficient and relevant reasoning".

The court also dismissed Grimmark's complaints that her freedom of expression had been violated because she expressed her opinion in the media, and that she had been unlawfully discriminated against.

"Sweden's healthcare authorities took the entirely legitimate view that allowing individuals to opt out of providing healthcare services would threaten the integrity of those services and the state's ability to provide access to abortion.

"It's reasonable to ask healthcare professionals to take responsibility for choosing a role that will not bring their own beliefs into conflict with the care they are expected to provide to patients.

"Religious freedom is a qualified right and it's reasonable to restrict it in a healthcare setting when it undermines patient-centred care and the rights of women seeking abortions."

Dr Antony Lempert, the chair of the NSS's Secular Medical Forum, said: "That people, including healthcare professionals, should not be discriminated against on the basis of their beliefs does not mean that the expression of those beliefs can be allowed to compromise patients' healthcare needs.

"Patients are necessarily reliant on their healthcare professionals who must take responsibility for choosing which job to apply for, particularly if they have self-imposed restrictions on aspects of their work.

"This is the latest ECHR judgement to support the principle that women must be able to access safe, legal abortions and that employers will not be penalised for appointing only healthcare staff willing to perform the required duties."

The dismissal of the case means the nurses cannot appeal to the ECHR again.

The nurses were assisted by ADF International, the global wing of the US-based Christian group Alliance Defending Freedom (ADF).

ADF International says it campaigns for "religious freedom, the sanctity of life, and marriage and family" worldwide. It has dramatically increased its spending in Europe in recent years as taken up a number of legal cases on issues such as abortion, same-sex marriage and assisted dying.

ADF was co-founded 25 years ago by a US Christian right leader who wrote a book condemning "the homosexual agenda" as the key "threat to religious freedom today".