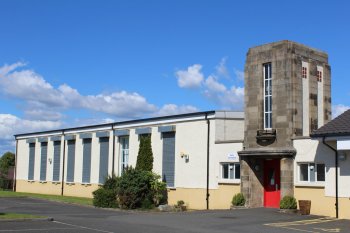 The National Secular Society has urged Renfrewshire Council not to extend the priority it gives to children who are baptised Catholic for admission to Catholic schools.

The NSS made the call in response to a council consultation over plans to ask parents to submit Catholic baptismal certificates before it allocates places.

The NSS said the plans would "disadvantage non-Catholic families and further segregate communities".

Under the proposed changes children with baptism certificates would even take priority over children with siblings at the same Catholic school and children who have medical needs that cannot be accommodated in any other school. The latter category would include wheelchair users.

The NSS said it was "particularly disturbed" by these proposals.

"Such criteria clearly place the desire of the Catholic Church to maximise the number of Catholics in the schools it controls over the welfare needs of pupils and their families."

NSS spokesperson Megan Manson said the council should "look again at these divisive and unhelpful plans".

"There's no justification for restricting access to publicly funded schools based on the religious beliefs of children or their families.

"The council should work to make schools more inclusive and put the interests of its residents before those of the Catholic Church."

In the consultation, the council says the proposal will allow it to "fulfil its duty to provide education to children and young people who are baptised into the Roman Catholic Church in a denominational school".