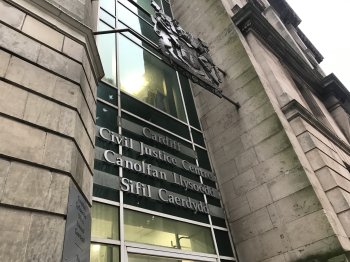 The National Secular Society has been refused permission for a judicial review against Vale of Glamorgan Council over the expansion of a Church in Wales faith school.

The NSS supported James Brunt, a local parent who attempted to challenge a decision to expand St David's Church in Wales Primary School in the village of Colwinston.

The expansion will see the school move to a new site previously earmarked for a possible new school. The Welsh government and Vale of Glamorgan Council are due to give buildings and land worth £4.2m to the Church in Wales for free.

The NSS and Mr Brunt argued that the council:

Vale of Glamorgan calculated that demand for Church in Wales places would be 52% of the total requirement generated by new local housing developments (69 out of 132 primary places).

In doing so, the council simply used existing provision as a proxy for determining future need – taking no account of actual levels of religious observance in the area.

But at a permission hearing at Civil and Family Justice Centre in Cardiff (pictured) last week, Justice Swift said the local authority's approach was "legally permissible".

The decision means new pupil places will be in a religious school that emphasises "the importance of prayer, worship and Christian teaching" and discriminates in admissions against children from non-Christian families.

NSS chief executive Stephen Evans said the decision not to grant permission for the review was "deeply frustrating".

"It's concerning that faith schools are being opened and expanded with little evidence of current or future demand for them. Vale of Glamorgan's decision will lead to a growing number of non-Christians being left with no option other than a Church in Wales school.

"The state is effectively forcing children into faith schools. This undermines parental rights and pupils' freedom to develop their own beliefs, free from religious influence.

"Politicians should not entrench and expand faith schooling without regard for the impact on or suitability for families, and the judicial system should ensure they are held to account when they do."

James Brunt said: "It is highly disappointing that the council, by its own admission, without any reference to religious demographics whatsoever, and without any attempt to predict future demand, has decided to increase the provision of faith school places in the Vale of Glamorgan.

"This is considerably more frustrating as the Western Vale, at 41%, has a significantly higher prevalence of faith school provision at a primary level than any other local authority in Wales; but a level of Christianity, as measured by the last census, that is virtually identical to the national average.

"Plainly, and without considerable effort, one can easily contend that the provision of faith schools in the Western Vale is already disproportionately high, and that any argument for additional community school places is, after all, rather well-founded."