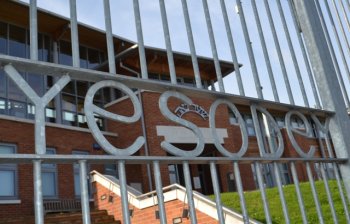 The government dismissed concerns about community pressures at a Jewish school which has encouraged parents to withdraw children from sex education, the National Secular Society can reveal.

Last month a BBC expose revealed that two state-funded schools in north London had encouraged parents to exercise their right to opt children out of relationships and sex education (RSE).

A parent at Yesodey Hatorah Senior Girls' School who spoke to the programme said she would have been "alienated or ostracised" if she had defied the school.

The NSS can now reveal that the Department for Education dismissed concerns about pressure on parents at Yesodey Hatorah to conform to strict religious norms just a few months earlier.

The NSS wrote to education minister Theodore Agnew in July after obtaining a recording of a meeting which took place at the school on 15 May. Before the meeting the school told all mothers that "attendance is mandatory".

May meeting at Yesodey Hatorah

The May meeting was called to make mothers "aware of extremely disturbing trends in the local community", and came amid heightened efforts to resist RSE from some religious groups.

At the meeting, speakers said:

The meeting featured lengthy lectures on the moral failings of mothers who complained or exposed their children to secular influences:

One speaker also said Arabs "offer you a cup of tea, then they stab you in the back". Another said the current "threat" was unmatched by anything in "the last 200 years".

The NSS's letter, sent in July, described the meeting as an example of state schools bringing "extreme social pressure" on families to encourage them to "conform to hardline religious standards".

The NSS also noted that a whistleblower who had highlighted the meeting had not felt able to refuse to attend or to complain due to fear that the school would retaliate.

The DfE responded to the NSS's letter in August and said it was "not in a position to police such meetings". It said "parents must make their own decisions on such matters".

The letter appeared to ignore the substantial community pressure to conform to strict religious expectations.

Responding to the latest developments, NSS chief executive Stephen Evans said: "RSE is designed to help children from all backgrounds build positive and safe relationships. Education ministers must ensure faith schools are not able to act with impunity when they seek to deny pupils this basic right.

"Last month's revelations demonstrate that the Department for Education was ill-advised to dismiss our concerns about community pressures at Yesodey Hatorah.

"This is just the latest episode which shows this school's willingness to resort to astonishingly draconian tactics to enforce its religious ethos. The government's position showed disregard for children's rights and blindness to the significant cultural pressure that exists in some closed religious communities.

"Ministers in the new government should rethink their laissez-faire approach."