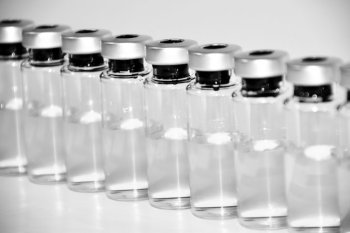 A public health body has removed a suggestion that people seek advice from "faith leaders" over whether to vaccinate their children after the National Secular Society questioned it.

Public Health England (PHE) has altered a public facing leaflet which said people "may wish to seek advice from your faith leaders or other community leaders" over whether to vaccinate.

The NSS wrote to PHE after it used similar language in response to recent reports that some Muslim parents were refusing to allow children to have a flu vaccine.

In its letter the NSS said directing people with concerns about vaccines to 'faith leaders' and 'community leaders' sent "a confusing and potentially harmful message".

PHE's head of immunisation Dr Mary Ramsay has now told the NSS that the booklet Vaccines and porcine gelatine has been changed in response.

Dr Ramsay said the change was designed "to make clear that PHE recommends using scientific evidence to help when deciding whether or not to vaccinate".

She said the original wording was included after PHE was "informed" that some Muslims objected to advice which suggested the vaccine would be acceptable.

"Our first priority is always to recommend the best medical advice, but we also need to balance this with PHE's duty to disclose information about the vaccine to those in minority communities."

"Public Health England has made a sensible decision which reflects the fact that religious teaching often clashes with best medical practice, including on vaccinations. Advising people to approach religious leaders on healthcare decisions is incompatible with the best interests of individual patients and the wider public.

"PHE is right to say that it has a duty to disclose information about the services it provides, but that must not mean empowering religious leaders to control decisions which affect people's health."

Documents from PHE, reported by The Telegraph last month, have shown that uptake of the Fluenz Tetra nasal spray flu vaccine is "significantly lower" than average in areas with high Muslim populations. The documents added that the most common reason for refusal given by parents across England was the fact the vaccine contained pork gelatine.

Some Muslims have expressed concern that the presence of pork gelatine means the vaccine is not halal (permissible under Islam).

Religious objections to vaccinations have recently caused disease to spread in the US, where measles infections have climbed to a 27-year high. A major outbreak in New York has centred around orthodox Jewish communities, where vaccination rates are low.

All healthy children in England between the ages of two and 10 will be offered the Fluenz Tetra vaccine in schools from September.