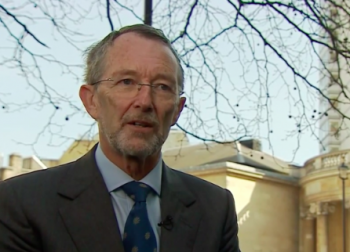 A family court magistrate who was removed from the judiciary after making comments against same-sex adoption has lost his appeal at an employment tribunal.

Richard Page, a devout Christian, was removed from his position as a magistrate in 2016 for "serious misconduct" after the lord chancellor and lord chief justice determined that Mr Page's comments would have "caused a reasonable person to conclude he was biased and prejudiced against single-sex adopters".

Mr Page had earlier received a reprimand after it was found that during a family court hearing he had "allowed himself to be influenced by his religious beliefs and not by the evidence".

The employment tribunal rejected Mr Page's claim that his human rights had been infringed saying that the decision was "a proportionate limitation upon his right to freedom of expression and as such would be regarded as necessary in a democratic society for maintaining the authority or impartiality of the judiciary".

He was also removed from his position as a non-executive director of the Kent and Medway NHS Trust after reiterating his views in the national media.

During a hearing on Wednesday, Mr Page also lost his challenge against the NHS Trust. The Employment Appeal Tribunal upheld previous rulings determining that Mr Page had not been removed because of his beliefs but because of the way that he expressed them.

This included speaking out about out his beliefs in the press and on national television without informing the Trust, and doing so "in the knowledge that his conduct would be likely to have an adverse effect on the Trust's ability to engage with sections of the community it serves".

"Rather than reaching decisions based on the evidence before him, Richard Page has shown a willingness bring his personal views to bear. In a secular legal system, judges must not allow their personal religious convictions to intrude.

"By allowing his personal religious views to influence his judicial decision-making, Mr Page undermined the principle of impartiality, and therefore, the judiciary itself. The court is therefore right to reject his appeal."

"Mr Page wasn't victimised because of his Christian beliefs. He was disciplined because he risked undermining public confidence in the NHS by expressing personal views in media interviews without informing the Trust, which he had been expressly told to do.

"This ruling reaffirms the position that being religious does not give you the right to ignore employers' rules or be accorded special treatment."