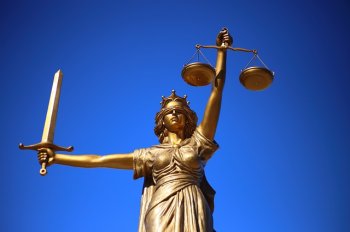 A Greek court was wrong to prioritise sharia 'law' provisions over those of the country's domestic legal code, the European Court of Human Rights (ECHR) has ruled.

The ECHR ruled that the Greek Court of Cassation's decision to allocate a man's legacy according to the principles of sharia 'law' was incorrect.

It ruled that the difference in treatment which the man's wife suffered in comparison to a beneficiary of a will from a non-Muslim had not been objectively and reasonably justified.

The Greek court had ruled in favour of the man's two sisters, who claimed rights to his estate under sharia principles. There are provisions for the application of Islamic religious 'law' to Muslim Greeks in the Western Thrace region.

But on Wednesday the ECHR sided with the man's wife, Chatitze Molla Sali, who claimed his entire estate in line with his will. The court ruled that Greek domestic law should have taken precedence over sharia.

The court said "several international bodies" had expressed "concern" about the application of sharia 'law' to Greek Muslims in the Western Thrace region and the discrimination it creates.

It added: "Freedom of religion does not require the contracting states to create a particular legal framework in order to grant religious communities a special status entailing specific privileges."

Earlier this year Greece passed legislation enabling Muslims to apply domestic law to family legal disputes over issues such as child custody and inheritance. The law says the application of sharia 'law' is optional. The move was widely seen as being made in anticipation of today's ruling.

"States must consistently uphold one secular law for all so the law is made based on what is best for citizens and protects everyone's rights equally, regardless of their religious beliefs or background."

The NSS campaigns in favour of the principle of one law for all and has played a crucial part in resisting moves towards the official recognition of sharia 'law' in the UK.

In February the NSS welcomed the Home Office's decision not to recognise sharia 'courts' after an official review recommended doing so.