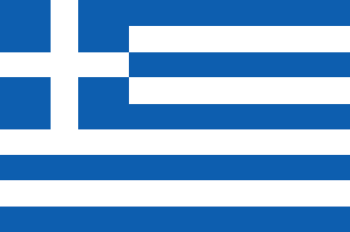 Clerics in Greece's Orthodox Church will stop being civil servants after the country's government announced a significant reduction in religion's role in its public sector.

The government announced a deal to ensure the state's "religious neutrality" and "free up" 10,000 civil service posts after talks between prime minister Alexis Tsipras and Orthodox Church leaders.

Greek government spokesperson Dimitris Tzannakopoulos said: "Religious neutrality [means] that the Greek state will not be able to recognise certain religions with more or less rights."

The deal will see the government and the church manage earnings from properties whose ownership they have long disputed by creating a joint fund. The revenues from the properties will be split evenly and the fund will contribute to priests' pay.

But the state will continue to pay clerical salaries through an annual subsidy of around €200m (£175m).

The change is the latest sign that the Greek government is willing to take on the power of the Orthodox Church. Last year it passed legislation enabling citizens to change their gender on official documents without sterilisation. The church's governing body claimed that the law would "destroy human beings".

But the Greek Orthodox Church will retain a significant place in public life. Pupils in Greek schools still start their day with a prayer and are taught religion throughout their 12 years of mandatory education.

Tsipras's two governments have continued the tradition of inviting Greece's top clergy to sanctify them during the cabinet's swearing-in ceremony. And the preamble to the Greek constitution will continue to contain a reference to Greece's status as a Christian Orthodox country.

A National Secular Society spokesperson described the deal as "an encouraging step towards secularisation in Greece" and encouraged the UK government to "take note".

"Taking on a powerful established church and moving the state towards religious neutrality is both feasible and desirable."

After this week's announcement Greece's spiritual leader, Archbishop Ieronymos, said the agreement with the government was not finalised after an angry response from some bishops.

"Agreement is one thing. The intention to agree is another.

"An agreement has been announced [that outlines] the intention, the goodwill of both the church and the state to find a solution to problems that have lasted for almost a century."