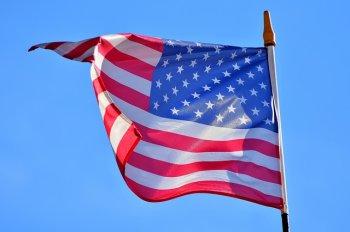 Secularists in the US have warned that the country's church-state separation "hangs in the balance" following the confirmation of Brett Kavanaugh to the Supreme Court.

The appointment of Donald Trump's pick to fill the vacancy on the Supreme Court has proved highly divisive. On Saturday Kavanaugh narrowly won a Senate vote by 50 to 48 amid unresolved sexual assault allegations.

His confirmation means there is now a majority of conservative judges on the Supreme Court – something Republicans have sought for decades. US Supreme Court justices serve a life term, unless they are impeached and convicted by Congress, resign or retire.

Kavanaugh has publicly expressed criticism of the concept of separation of religion and state, which has long been viewed as a cornerstone of American democracy. In a speech last year Kavanaugh praised former chief justice William H. Rehnquist, who attacked the metaphor of a 'wall of separation' between church and state.

Kavanaugh approvingly noted that Rehnquist had said the metaphor was "based on bad history" and "useless as a guide to judging". Kavanaugh told the crowd he believes that "the wall metaphor was wrong as a matter of law and history".

He has previously voted in favour of religious employers' efforts to create obstacles to women's healthcare coverage and has a record of supporting government-promoted prayer in public schools and sectarian prayer at other governmental events.

Kavanaugh, a devout Catholic, has also expressed hostility to the historic Roe v Wade decision, a landmark case recognising a woman's right to choose to terminate a pregnancy. Any future vote to overrule Roe would potentially lead to states being able to restrict abortion however they see fit.

According to the Center for Reproductive Rights lobbying group, 22 states "could ban abortion outright" if Roe is overturned while eight (including the District of Columbia) would place the right to abortion "at risk of loss".

In June the Guardian estimated that 24 states could ban or severely limit abortion if Roe is overturned, based on their lawmakers' views on the subject.

Mississippi, Louisiana, North Dakota and South Dakota already have 'trigger laws' or statutes which mean they would automatically ban abortion if Roe v Wade were overturned.

During his confirmation hearings Kavanaugh also appeared to endorse the idea of prayer in publicly-funded schools.

Following the narrow vote to confirm Kavanaugh, Americans United for Separation of Church and State president and CEO Rachel Laser said: "His record as a judge of allowing people to use 'religious freedom' to discriminate is especially ominous in light of the religious right's movement, empowered and emboldened by this administration, to misuse this core American principle to advance a regressive political agenda."

Edward Tabash, a constitutional lawyer and director at the Center for Inquiry, said the separation of church and state had "suffered a critical setback".

"The bedrock principle of the first amendment as the court, itself, has said so many times over the past 71 years, is that no branch of government can favour 'religion over irreligion'. Kavanaugh openly opposes this concept.

"He will be the fifth majority-making vote to support government favouritism for religion, abandoning the benevolent neutrality that has up to now ensured the equality of all of us, regardless of what we believe."

Larry Decker, executive director of the Secular Coalition for America, said Kavanaugh had "repeatedly issued rulings and opinions that convey a disturbing rejection of the constitutional principle of a separation between church and state".