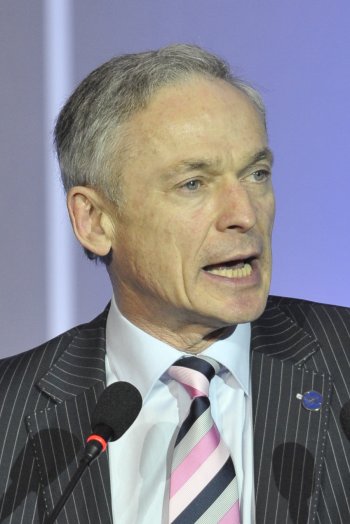 On Wednesday Ireland's education minister, Richard Bruton, signed an order removing religion as a criterion which schools could use to determine admissions in almost all cases. The measure will apply to admissions for the 2019-20 school year.

The order, which brings sections of Ireland's Admissions to Schools Act 2018 into operation, lifts the 'baptism barrier' which undermined children from non-Catholic families' chances of getting into their local schools.

The barrier allowed Catholic schools to choose children who had been baptised ahead of those from non-Catholic families who lived more locally. The Catholic Church runs around 90% of Ireland's primary schools.

Bruton said the decision was an attempt to "be fair", non-religious families would now "be treated the same as all other families in school admissions" and it would now be "easier for a child to attend their local school".

Schools with spare capacity will be obliged to accept applicants regardless of religion. The order does not apply to schools from Ireland's minority faiths, such as the Church of Ireland, when they are over-subscribed. Bruton said this loophole would allow parents from those religions to access schools with the religious orientation of their choice.

Around 20% of Ireland's primary schools are over-subscribed.

A National Secular Society spokesperson described the decision as "a step in the right direction for Ireland's schools".

"Children should not face discrimination because of their parents' religious belief or lack of it. Politicians, whether in Ireland, the UK or elsewhere, should ensure religion is not a factor in admissions at all. That is best achieved by rolling back religious state schools so children go to school together and get the education that is best for them, not religious leaders."

The NSS campaigns against discriminatory school admissions across the UK and calls for an end to the exemption from equality law that permits state-funded faith schools to select children on the basis of their parents' religion.

Earlier this year the NSS's lobbying helped to convince the government to abandon plans to lift the 50% cap on faith-based admissions to new free schools in England. But the government also said it would introduce a new wave of voluntary-aided schools, which are allowed to select all their pupils on the basis of their families' religion.

The NSS recently expressed support for a motion at the Scottish Liberal Democrats' conference which included a proposal to roll back faith-based admissions in Scotland.