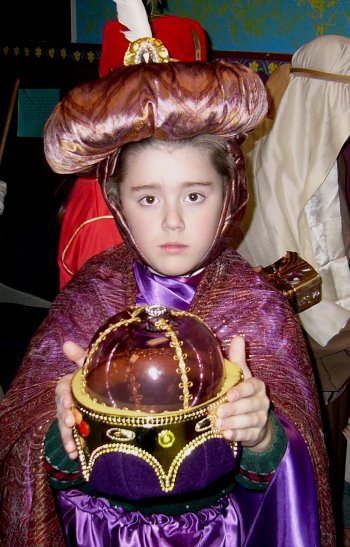 The National Secular Society has criticised a proposal to exclude children at Catholic schools in Scotland from nativity plays and fundraising if they are withdrawn from prayers.

On Monday the Catholic Church said Catholic schools would "ensure" children are excluded from activities such as "charitable fundraising", nativity plays or "feast day celebrations" if they are withdrawn from religious observance.

The statement came amid speculation that the right to withdraw from worship in Scotland may be extended from parents to pupils.

Earlier this month the Scottish government said it would incorporate the United Nations Convention on the Rights of the Child into Scottish law. The UN's children's rights committee has recommended extending the right to withdraw to pupils.

A spokesperson for the Catholic Church said: "Parents and pupils who wish to opt out on grounds of conscience are advised that, in order not to contradict their wishes, schools will ensure they are not part of any other religious education and religious observance activities such as religiously-motivated charitable fundraising, nativity play or feast day celebrations.

"Very few wish to be excluded in this way from the life of the school."

Alastair Lichten, the NSS's education and schools officer, called the statement "mean-spirited" and "the ugly side of coercive worship".

"The Catholic Church quite astutely predicts that extending the right of withdrawal from religious education and religious observance to pupils will result in fewer pupils taking part in Catholic prayers and worship.

"This threat of exclusion from important aspects of school life that can also be found in non-denominational schools, including school plays and charity fundraising, is cold and calculating. Good people of all faiths and none should reject this coercive worship.

"It's this sort of contempt for children's independent rights, including their freedom of belief, that should be addressed by properly incorporating the United Nations Convention on the Rights of the Child into public policy."

Robert Canning, chair of Secular Scotland, added: "We would not agree that children opted out of religious observance, by themselves or their parents, should automatically be excluded from all activities connected with religion, since not all such activities involve worship or prayer.

"Children acting in nativity plays are obviously expressing the outlook of the characters and not their own beliefs, and a child might want to be part of a fundraising effort without having the religious motivation that other participants might claim."

The Educational Institute of Scotland (EIS), Scotland's largest teaching union, said actively excluding children from religion-related activities which "would not be classified as religious observance" would be "likely to invite strong legal challenge".

All school children in Scotland require parental permission to withdraw from religious worship. In England and Wales, sixth form pupils can opt themselves out.