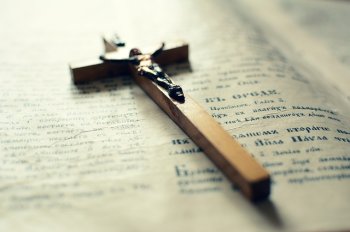 Catholic Church leaders in Pennsylvania covered up the sexual abuse of more than 1,000 children by more than 300 priests over a 70-year period, according to a major new report.

A grand jury in the US has said an examination of internal documents from six of the state's eight Catholic dioceses had found more than 1,000 identifiable victims. It added that there were probably thousands more victims whose records had been lost or who were afraid to come forward.

One priest abused five girls in the same family, including one who was abused from the age of 18 months. Another was allowed to remain in post after impregnating a young girl and arranging for her to have an abortion.

Other instances detailed by the grand jury's report, which was published on Tuesday, included a priest raping a young girl in hospital and a priest who tied up and whipped a child.

The report says: "We believe that the real number of children whose records were lost or who were afraid ever to come forward is in the thousands.

"Despite some institutional reform, individual leaders of the church have largely escaped public accountability.

"Priests were raping little boys and girls, and the men of God who were responsible for them not only did nothing; they hid it all. For decades. Monsignors, auxiliary bishops, bishops, archbishops, cardinals have mostly been protected; many, including some named in this report, have been promoted."

The attorney general of Pennsylvania, Josh Shapiro, said the church had shown "complete disdain for victims" and its leaders had "protected their institution at all costs". In some cases he said the cover-up had "stretched all the way up to the Vatican".

He added that there had been an "intense legal battle" over recent months as some of those named in the report appealed to Pennsylvania's Supreme Court to block its release.

Shapiro said: "They wanted to cover up the cover-up."

The grand jury said church officials followed a "playbook for concealing the truth", including by downplaying the nature of abuse, assigning untrained priests to investigate their colleagues and lying to parishioners about the reasons for a priest's removal.

The report also recommended extending the statute of limitations to allow older victims to file civil lawsuits against perpetrators and the church. Pennsylvania's state legislature has so far resisted calls to do this and the church has lobbied against it.

The report comes shortly after the resignation of the former archbishop of Washington, Cardinal Theodore E. McCarrick, amid accusations of sexual abuse of young priests and children.

This week the authorities in Chile also raided the headquarters of the Catholic Church's episcopal conference as part of an investigation into sexual abuse.

The National Secular Society has been at the forefront of holding religious institutions to account for child abuse and ensuring that victims of institutional clerical child abuse have access to secular justice.