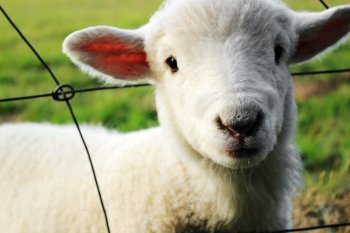 The Council's cabinet voted on Thursday to implement their resolution made in October 2017 to cease the supply of halal meat that was not stunned before slaughter, with the exception of poultry.

Despite assertions from Councillor Azhar Ali, who supports the supply of non-stunned halal meat, that the council would face legal challenges "at some stage" over the decision, the council decided on animal welfare grounds to only supply stunned meat to schools.

The full council vote in October was called by council leader Geoff Driver, who said, "This is an animal welfare issue, nothing more nothing less."

He added: "In my view, with modern methods of reversible stunning, there is no need for animals to suffer during slaughter.

"This view is actually shared by the vast majority of Muslims in this country where 84% of halal meat comes from animals that were stunned before they were slaughtered."

During Thursday's meeting, Cllr Driver emphasised that schools would still be able to procure unstunned meat from other sources.

Unstunned halal meat is currently supplied by the council to 12,000 pupils at 27 schools in Blackburn, Nelson, Burnley, Rawtenstall, Hyndburn, Clitheroe and Preston.

Following the October vote in favour of ceasing supplies of unstunned halal, the Lancashire Council of Mosques (LCM) said it would launch a judicial review and encourage a boycott of school meals. Subsequently, council leaders said in January that they would reconsider the policy and launched a public consultation.

The report also stated, "The findings presented in this report are not representative of the views of the population of Lancashire and should only be taken to represent the views of people who were made aware of the consultation, and who had the opportunity and felt compelled to respond."

The NSS is campaigning for an end to religious exemptions to animal welfare laws, amid concern that the non-stun slaughter industry is growing.

In its response to the consultation, the NSS wrote: "If the council reverses its decision to stop supplying unstunned meat in schools, it will give greater power to religious interest groups to assert their agenda on councils in other areas. It will also set a direction of travel for society as a whole with regards to animal welfare policy.

"If LCC decide to supply unstunned meat to schools, it will amount to state support for slaughter methods that are regarded worldwide as unnecessarily cruel. It will send the message that the UK prioritises the demands of orthodox religious minorities over the basic welfare needs of animals."

It added: "While increasing numbers of countries are deciding to ban non-stun slaughter, the UK will be moving in the opposite direction to the current trend in developed economies."

NSS chief executive Stephen Evans welcomed the result of Thursday's vote, saying: "It's reassuring to see Lancashire councilors voting to pursue the Council's ethical policy on the provision of halal meat in schools, and facing down orchestrated efforts to ensure school meals in the county comply with a hardline form of Islam.

"Under this policy halal meat will still be supplied to meet the dietary preferences of pupils from Muslim backgrounds, but will be from animals slaughtered humanely, and in accordance with animal welfare standards. This is a compromise that should be acceptable to everyone.

"Ideally, decisions over whether to supply non-stun meat should now be taken out of the lands of local authorities. The growth of non-stun slaughter in the UK is dragging animal welfare backwards and its time the law was changed to ensure all animals have to be stunned before they are killed."