NSS appeals to ombudsman over judge’s remarks on Islam 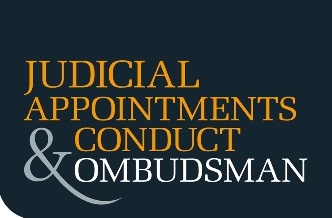 The National Secular Society has appealed to the judicial ombudsman over remarks a judge made to the Parsons Green bomber Ahmed Hassan.

The appeal comes after the Judicial Conduct Investigations Office (JCIO) dismissed an NSS complaint about remarks made by Mr Justice Haddon-Cave.

The NSS raised concerns after the judge made extensive references to Hassan's religion during sentencing in March. Haddon-Cave told Hassan that "the Qur'an is a book of peace", "Islam is a religion of peace" and "the Qur'an and Islam forbid anything extreme".

He told Hassan that perpetrating terror to "cause corruption in the land" is "one of the most severe crimes in Islam" and said his actions had "violated the Qur'an and Islam".

The JCIO, which considers complaints about judicial office holders' conduct, said Haddon-Cave's reference to the Qur'an being "a book of peace" was "founded on case law".

The NSS had said the judge's remarks undermined the principle of neutrality and impartiality and may have given rise to the perception that Mr Hassan was being dealt with differently on account of his religion.

In its appeal to the ombudsman the NSS argued that the JCIO had too readily accepted the judge's view that his interpretation of the Qur'an was based on "case law" without noting that he was merely referring to remarks made by himself in a previous case. Haddon-Cave had cited his own words, made during a defamation case in 2016 (Begg v BBC), as the precedent.

The NSS's appeal also questioned the validity of the JCIO's claim that part of his sentencing remarks were not "operative".

Stephen Evans, the NSS's chief executive, said: "The judge's remarks were undoubtedly well-intentioned but profoundly unwise. Rather than seeking to intrude a private view into the sentencing process, the judge should have confined himself to the task of sentencing Mr Hassan under secular law.

"The state does not employ judges to promote a particular view of religion. Upholding the secular nature of the legal system is essential if we are to ensure everyone is treated equally under the law.

"We believe the JCIO failed to handle our complaint properly and we have therefore requested that the ombudsman directs the JCIO to reconsider the matter."

Haddon-Cave dwelt even more heavily on Islamic theology in the Begg case than he did when sentencing Hassan. Paragraphs 87 to 133 of the Begg judgement were almost entirely based on a consideration of Islamic theology. They include 10 examples of "'extremist' Islamic positions" and the following lines: