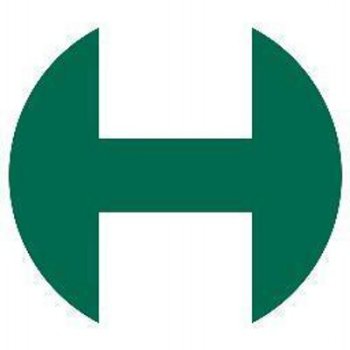 The National Secular Society has criticised a London council for building housing with special features designed to accommodate the beliefs of the ultra-orthodox Jewish community.

The development of Tower Court in Stamford Hill was put out to competitive tender by Hackney Council with a brief to pay special attention to the wishes of the Haredi Jewish community. According to Hackney Council's consultation document, orthodox Jewish communities make up a large proportion of those on the local housing waiting list.

Thirty-five per cent of the new homes will be available for social rent, with half sold on the open market and 15% sold under special schemes such as shared ownership.

The block, expected to be completed in 2021, will feature a higher number of large homes, with four or five bedrooms, than would normally be the case on such an estate. This is out of special consideration for Haredi families, which typically include seven or eight children.

The council is working with architects to ensure that some of these large social rented homes meet additional requirements of the local orthodox Jewish community. Most of the balconies at Tower Court will be open to the sky rather than stacked above each other as usual. This is for Jewish families to erect a Sukkah, a hut built for the feast of Sukkot that must sit beneath open sky in order to be 'religiously compliant'.

Additionally, Tower Court will include lifts that do not require manual operation on the Jewish Sabbath, as orthodox Jews say they are forbidden from activating electrical equipment on this day. Such lifts have been criticised for wasting considerable amounts of energy as they usually involve constantly running the elevator up and down every floor of a building, repeatedly servicing floors where it is not needed.

The kitchens will feature a large volume of storage space to accommodate separate meat and dairy kitchen equipment and ceremonial dishes required by kosher rules. There will also be special walls designed for shelves of religious books.

The development will additionally house the London headquarters of Hatzola, a Jewish volunteer medical emergency service.

Adam Khan Architects, which is responsible for the design of the new development, held consultation sessions with the Haredi community to establish its needs and priorities.

"We showed models and drawings, and we had people grabbing the pencils out of our hands to show us what they wanted," Khan told the Guardian. "They were very generous in sharing intimate details of family life to give us a better understanding."

Rabbi Abraham Pinter said, "The council is putting a lot of effort into recognising the community's needs, which is quite difficult in an area of inner London where there are a lot of competing needs.

"This is a major development the council has initiated. It is appreciated, and hopefully it will lead to other developments."

Stamford Hill is home to more than 30,000 Haredi Jews, one of the largest communities in Europe, which is growing at a rate of about 4% a year. The size of Haredi families, combined with the emphasis put on continued religious studies, has given rise to poverty in the community. A 2006 study of the Stamford Hill community published by the Floersheimer Institute for Policy Studies in Jerusalem estimated that more than half the households below retirement age were receiving a means tested benefit of some sort, 62% of families in the study were receiving child benefits and 70% were receiving housing benefits.

Although some media sources have claimed that this is the first time a UK council has put together a residential development that specifically caters for the needs of a religious group, the Tower Court development echoes a similar project in 2005 to build council houses with Muslim sensibilities in mind. Sixteen flats in Bristol were built with toilets not facing the south east, specifically so the tenants of the flats do not face Mecca when they use them.

Megan Manson, campaigns officer at the NSS, said: "It is worrying that Hackney Council has gone to such lengths to appease the highly specific and complex demands of a religious community. Why should religious affiliation give anyone greater entitlement to demand larger homes with more rooms and more kitchen storage?

"For the sake of efficient public spending, and the sake of social cohesion, social housing should be built according to universal standards of safety, comfort and value for money. Religious considerations, which ultimately lead to increased segregation, should not be a factor."