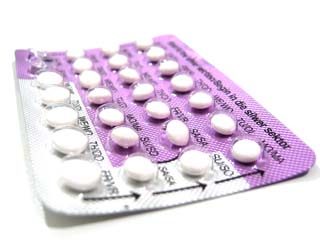 The new General Pharmaceutical Council (GPhC) guidance makes clear that person-centred care must not be compromised by personal values or beliefs. "People receive safe and effective care when pharmacy professionals recognise their own values and beliefs but do not impose them on other people", says the guidance.

Dr Antony Lempert, chair of the Secular Medical Forum (SMF), said "The GPhC position is consistent with good practice and with our recommendations in that all professionals should be allowed to practice according to their own beliefs just so long as they make sure that they don't put themselves into a position where they are compromising patient care".

"If a pharmacy professional is unwilling to provide a certain service, they should take steps to make sure the person asking for care is at the centre of their decision-making, so they can access the service they need in a timely manner and without hindrance."

Dr Lempert added: "Any pharmacist who is worried about 'being forced to dispense medicine against their consciences' now has the added responsibility to make sure they take personal and professional responsibility for choosing an appropriate place of work and that they're not a lone worker when such requests might arise. If they don't take appropriate steps such as discussing the potential limitations on their work with their proposed employer and a pharmacy user is subsequently unable to access appropriate care because of this, then the GPhC will likely consider the pharmacist to have breached the new code of conduct. It is no longer an excuse for a pharmacist to just say: 'This is against my beliefs' as per the old guidance."

The revised guidance has been inaccurately labelled a "U-turn of proposed policy" by the Catholic weekly newspaper The Tablet, which said the regulatory body had "backed away" from proposals to abolish the right of people with religious convictions to conscientiously object to dispensing the morning-after pill, contraceptives and hormone-blocking drugs used by transsexual patients.

However, the National Secular Society said such proposals were never considered by the GPhC despite this being the scaremongering line taken by those seeking to challenge the new sensible guidance.

However, the new standards were criticised by the Anscombe Bioethics Center, a Catholic institute serving the Catholic Church in the UK and Ireland. Helen Watt, a senior research fellow at the Centre suggested that religious considerations should trump patient care.

"The guidance is still very worrying in the extent to which it expects pharmacists to act against their values and beliefs and their own professional ethic," she said.

"That includes situations where the pharmacist objects to a 'service' which far from being health care is positively harmful to health," she said, adding: "The suggestion is still that the pharmacist should either refer for or sometimes even provide the very 'service' to which he or she objects."

Stephen Evans, NSS campaigns director, said: "No service user should face the humiliating experience of being refused medicine because a pharmacist objects to carrying out their job in its entirety. We believe this revised guidance will protect those seeking medical care from the small number of pharmacists who wish to impose their personal views on patients."

The Secular Medical Forum provides expert and professional advice and opinion to the National Secular Society on issues related to healthcare and provides a forum for anyone interested in the intersection of healthcare and secularism.