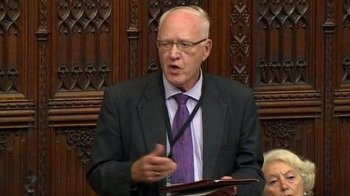 The National Secular Society has backed calls from abuse survivors for Lord Carey, the former Archbishop of Canterbury, to face police investigation over his role in the cover-up of sexual abuse in the Church of England.

In a letter to The Times, survivors of abuse by Bishop Peter Ball, and lawyers representing many of Ball's survivors, say police must investigate whether Carey's deliberate concealment of evidence constitutes a criminal offence.

Lord Carey also faces calls to forfeit his right to sit in the House of Lords. "It is unacceptable that someone who was involved in concealing evidence of criminality should have a role in making laws for others", says the letter.

An independent review into the church's handling of former bishop Peter Ball found that George Carey was among senior figures in the Church who colluded over a 20-year period with the disgraced former bishop who sexually abused boys and men.

The letter, signed by the Head of Abuse at Slater and Gordon and NSS director, Richard Scorer; David Greenwood, a solicitor at Switalskis; and two of Ball's victims, Phil Johnson and the Rev Graham Sawyer, calls for "independent oversight" of safeguarding in the Church and the introduction of a "mandatory reporting law" requiring that knowledge or suspicion of abuse be reported to the authorities.

The National Secular Society originally wrote to the Metropolitan Police in July 2016, urging it to investigate whether Carey should be prosecuted in connection with the influence he brought to bear on the justice system, in relation to its investigations into Ball. However, no charges have been brought to date.

It is hoped that that the findings of the independent report by Dame Moira Gibb will lead to Carey's actions being properly investigated.

This week Lord Carey stepped down from his role as honorary assistant bishop in the diocese of Oxford after the Archbishop of Canterbury, Justin Welby, urged him to "consider his position".

Carey served as Archbishop of Canterbury from 1991 to 2002, when he sat on the House of Lords' bench of bishops by virtue of his office. Upon steppjng down he was immediately made a crossbench life peer as Baron Carey of Clifton.

The National Secular Society has also written to the chair of governors at the George Carey Church of England Primary School in Barking, urging it to consider a name change. In a letter to the school, the NSS said it was "wholly inappropriate" for a school to be named in honour of Carey.

Also see: The Church can't be allowed to carry on marking its own homework 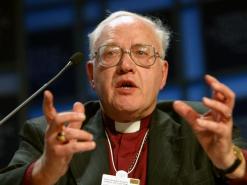 The son of the former Archbishop of Canterbury has said "changing attitudes" are behind criticism of his father's handling of a sexual abuse... 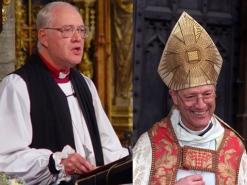 The head of the Church of England, Justin Welby, has admitted that the Church "concealed" evidence of child abuse by a former bishop and failed...

The Church concealed evidence of criminality and colluded to protect an abusive bishop. Only external oversight will guarantee that church safeguarding practices comply with secular standards, argues Richard...

Any genuine inquiry into the handling of allegations of child sex abuse by Bishop Peter Ball must answer key questions about alleged cover-ups by the Church, police and CPS, argues Keith Porteous Wood...

Peter Ball sex abuse case: 20 questions that must be answered