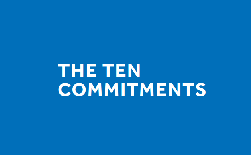 The National Secular Society has criticised prospective MPs for offering their support to non-therapeutic male circumcision, religious slaughter of animals without stunning, and faith schools.

Many former MPs seeking re-election have signed up to a document, called 'The Ten Commitments', produced by the Board of Deputies of British Jews.

The Board of Deputies is asking MPs to "Defend the right to a Jewish way of life" by allowing the slaughter of animals without pre-stunning and defending the medically unnecessary circumcision of young boys.

The document also asks MPs to affirm "the importance of faith schools within the education system."

The Society said, "Religious freedom is not a totally unlimited and unqualified right. Religious freedom should not override the rights of young children to be free from unnecessary and potentially harmful surgery, and it should not override animal welfare standards that have overwhelming support in society. We urge candidates to consider these issues and the widespread public opposition to allowing religious animal slaughter without pre-stunning."