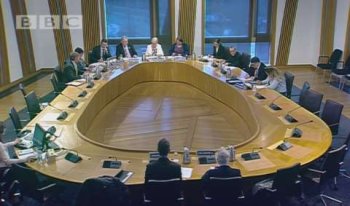 The Comhairle nan Eilean Siar, the local authority for the Hebrides, has appointed four religious figures to its education committee, as it is required to do by law.

The Scottish Secular Society petition said that the appointees are "immune from electoral scrutiny and do not even have to declare their outside interests.

"They sit and vote on these important Committees whether the elected Councillors want them or not, and hold the balance of power on 19 of Scotland's 32 Education Committees."

It said religious figures should be free to contribute to the committees like anybody else, but should not have a privileged and automatic place.

In England local authorities are required to appoint a Standing Advisory Council on Religious Education (SACRE). SACREs are responsible for advising local authorities on RE and Collective Worship. SACREs are dominated by religious appointments. There is no automatic non-religious representatives and where Humanists are appointed to represent the non-religious, they are the only non-voting representatives. The NSS is campaigning to overhaul this system, and to create a nation entitlement to a 21st century religion and belief education for all.