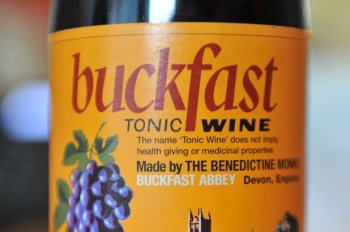 The National Secular Society has written to the Charity Commission urging it to investigate a religious charity behind the sale of an alcoholic drink widely associated with criminal activity in Scotland.

Buckfast Abbey Trust made £8.8 million in the past year, largely through the sale of the controversial tonic wine Buckfast, colloquially known as "Wreck the Hoose Juice" and "Commotion Lotion" in parts of Scotland.

Buckfast Abbey does not pay tax on its income from the wine because it is a charity. The NSS argues that this amounts to an "abuse of the charitable system".

The drink has been associated with violence and other anti-social behaviour in the area east of Glasgow and multiple attempts have been made by the Scottish authorities to limit sale of the drink. In 2015, the Scottish Prison Service found that 43.4% of inmates had consumed Buckfast before their last offence.

The trust justifies its existence as a charity in its annual report, stating its aim is the "advancement of the Roman Catholic religion".

In a letter to the Commission, the National Secular Society says the charity's activities "fall short of the requirement to act in the Public's Benefit".

Stephen Evans, NSS campaigns director, commented: "Charitable status and the accompanying tax benefits should only be granted to organisations that deliver a demonstrable public benefit. In the case of Buckfast Abbey, the social harm caused appears to outweigh any public good. Where this happens, or where the good is simply not good enough, public confidence in supporting charities risks being undermined".

The NSS has also raised concerns about the charity and associated companies being run for "considerable private benefit running to millions of pounds a year". In 2016, the charity's trading arm, J Chandler (Buckfast) Ltd, employed just 28 people yet paid an average of £144,984 to each person. Directors fees exceeded £2.5million in 2013. Directors and past directors include those described in formal documents as ministers of religion.

NSS research, passed on to the Charity Commission, also reveals another possible source of private gain for staff and fellow colleagues of the charity trustees in the form of property loans and developments.

A further concern relates to the excessive retention of reserves, which is heavily discouraged by the Charity Commission so that funds are used for the intended charitable purposes. Buckfast and an associated company have reserves totalling around £87 million, a figure described by secularists as "excessive".

In its letter to the Commission, the NSS said: "Excessive director pay, commercial loans to companies run by religious colleagues and charity staff allowed to profit privately from property investments all point to an abuse of the charity system."

The Charity Commission's guidance on 'the advancement of religion for the public benefit' is currently under review.