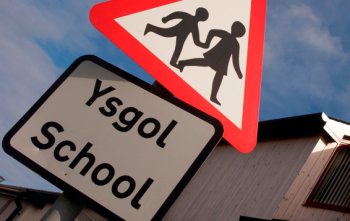 Plans for a new 'super school' in Bala to have a religious designation have been shelved following widespread opposition to the proposal.

In January the National Secular Society wrote to Gwynedd Council, urging it to protect community school provision and respect the wishes of non-religious parents.

At a meeting of Gwynedd Council's Cabinet on Tuesday the decision was made to restart the consultation process with the governing bodies of local schools over abandoning the proposal to establish a Church in Wales school in the town of Bala.

The decision to rethink the religious status of the school follows strong local opposition from councillors, parents and governors of existing schools that would be closed to make way for the new school.

In a report to Gwynedd Council's Cabinet ahead of the meeting it was made clear that the Actions of the Church in Wales during the consultation process has led to a "lack of confidence" in the partnership between the Diocese and the Governing Bodies. The report cited unease amongst Governors and Local Members that the Church was "mainly motivated by safeguarding the interests of Church resources".

A majority of governors at one local school, Ysgol Y Berwyn, refused to support any governing body established if it serves a church school and called on the Council to "review the status of the new school with the desire to have a community school that is not formally connected to any specific religious body."

Speaking at the meeting, Councillor Gareth Thomas said a "loss of trust between church and community" represented a substantial change that meant the Council needed to rethink their plans.

"I cannot of course preempt the outcome of that consultation but considering a petition of 1,022 was organised asking for a new consultation then hopefully the voice of the community will be loud enough."

"Hopefully now we can make the education of our children a priority", he said.

Cllr Morgan had previously called on Church in Wales to "step back gracefully" and allow a new school to have a community status rather than be given any religious status.

Stephen Evans, National Secular Society campaigns director, commented. "Schools are at the centre of our communities and it's totally inappropriate to impose church schools, paid for from public funds, on communities that don't want them. We hope Gwynedd will now move forward with a truly inclusive community school that everyone can get behind, irrespective of their religious outlook.