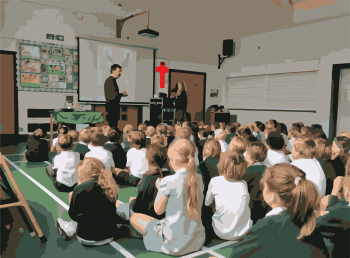 The National Secular Society has warned Powys Council that significant numbers of non-religious parents and young people will be disadvantaged under plans to replace existing schools with a faith school.

In a letter to Powys Council, NSS campaigns director Stephen Evans urged the local authority to recognise that "parents of school children are likely to be from one of the least religious cohorts in society."

The Society highlighted the fact that "for all ages in Powys the number of churchgoers dropped successively from 15.0% of the population in 1982 to 7.1 in 2012." He urged the Council to establish new schools with this trend in mind.

"To ensure that everyone's right to raise their children in accordance with their own religious or philosophical convictions is respected equally, we strongly urge Powys to rethink plans to proceed with the opening of a religious school to serve the local community."

The Welshpool Labour Party have already raised their concerns about "lack of choice for parents who do not wish their children to have a faith education".

In their objection to the Council's decision they said it was "strange that parents are given the choice of Welsh-medium education for their children, but must send their children to a faith school."

The plans will "deny non-religious parents the choice to send their children to a non-faith school".

They said that while they applauded the historical role of the church in education in prior centuries, they were "firmly of the opinion that faith schools have no place in a modern education system."

In response to the Labour Party, the Council claimed that "Church in Wales schools are similar to non-denominational schools" – despite also boasting that the schools have a "distinctively Christian context" "underpinned by a clear code of values derived from the Gospels."

Church in Wales schools are expected to demonstrate a "wholehearted commitment to putting faith and spiritual development at the heart of the curriculum" and ensure that a Christian ethos "permeates the whole educational experience".

Mr Evans said: "This Council's decision to expand faith-based education and allow it to monopolise local education provision is completely at odds with the local and national drift away from Christianity. These plans will disadvantage the majority and force children from non-religious and minority faith backgrounds into a church school.

"Though the school will not require church attendance for admissions, the religious ethos pervades all aspects of Church in Wales schools and is impossible to escape.

"Leaving parents with little choice other than a faith school clearly undermines both parental and children's rights and is simply unacceptable in a 21st Century school system."

The National Secular Society recently published a manifesto calling for a statutory right to a secular education, to protect parents who seek a non-religious education for their children as religious groups bid for greater influence and control over the education system.