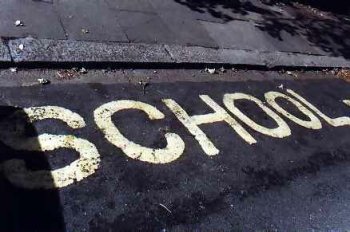 Hundreds of people have protested against a new school in Bala having a Church in Wales ethos, and a local councillor has called on the Church to back away from the project.

The Diocese of St Asaph said they were "concerned" that changing the designation of the new Bala school could "jeopardise the whole project."

Councillor Dilwyn Morgan accused the Church of sending a "threatening legal letter to the council".

He said that a religious designation for the school "won't improve the education itself, it'll only to improve the Church's standing".

Councillor Morgan added, "I can't see any reason why the Church will need to be involved." He said the Church should "step back gracefully".

The £10 million project replaces a high school, which is not a faith school, and two primary schools, of which only one is a Church in Wales school.

The local newspaper reports that the faith ethos is "strongly opposed by locals" who want a community school, not a religious one.

In December the Daily Post reported that "Hundreds of local people had been strongly opposed to the new school being given any kind of religious status".

Over 300 people have signed a petition calling for the school to be a community school rather than a Church one, and urging the council to "end its partnership with the Church and to re-launch the project, granting 'community', non-denominational status to the new school."

Petitioners have raised fears of being forced to send their children to a religious school without any other alternative.

The Church says it wants to "share governance of the new school with other denominations," ignoring non-religious and non-Christian families.

It says it recognises "all the various Christian traditions associated with Bala."

The National Secular Society has written to Gwynedd Council, urging it to protect community school provision and respect the wishes of non-religious parents.

Stephen Evans, the campaigns director of the National Secular Society, said: "Like many people across Britain the local community in Bala is opposed to the idea of the Church using local schools to impose religion on pupils and families.

"Education policy in 21st Century Britain should be about educating children together in secular and inclusive schools – not about imposing Christianity on people –whether they want it or not.

"There has been a real push in recent years for more religious control over the education system, and it's good to see people standing up for secular and inclusive schools."

The National Secular Society has recently called for a statutory right to a secular education, meaning that all parents would have guaranteed access to a local non-religiously designated school.