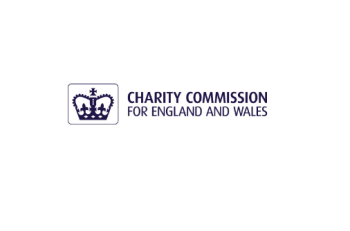 A statutory inquiry has been opened by the Charity Commission into the St Laurence Education Trust and Ampleforth Abbey, over the Catholic charities' handling of sexual abuse allegations.

The Ampleforth Abbey religious community shares a site with Ampleforth College, which is at the centre of child sexual abuse allegations.

The Commission said that the St Laurence Education Trust faced an investigation over "the charity trustees' approach to safeguarding and handling of allegations of sexual abuse" at Ampleforth College.

"The investigation follows media reporting regarding individuals with links to Ampleforth College in connection with allegations of sexual abuse. The Commission has been engaging with the trustees on this matter since August 2016. A decision was taken to open the statutory inquiry on 15 November 2016 after considering further information from the trustees and the Commission's statutory duties."

The Charity Commission is not investigating the allegations of abuse themselves, but the governance and response of the charity to allegations.

The statutory inquiry will examine whether there has been "misconduct or mismanagement" by the charities' trustees and their "handling of safeguarding matters".

Additionally, the investigation will consider "how the charities dealt with the risks to the charities and their beneficiaries arising from alleged abuse incidents, including the application of their safeguarding policy and procedures."

It will also look at "the administration, governance and management of the charities by the trustees and whether or not the trustees have complied with and fulfilled their duties and responsibilities as trustees under charity law".

The Commission stressed that it was not a "safeguarding authority" and that its inquiries into the St Laurence Education Trust and Ampleforth Abbey, a religious community that shares a site with Ampleforth College, would not go into the investigation of "allegations of abuse or actual incidents of abuse, whether historic or recent."

"Anyone with concerns about specific incidents of alleged abuses, whether historic or recent, regarding any charity, should report their concerns to the police and the relevant safeguarding authorities," the Commission said.

Richard Scorer, a lawyer representing many victims of abuse in the Catholic church, and an NSS council member, said that "there have been serious concerns for many years about the handling of complaints of child abuse at Ampleforth and indeed in the wider English Benedictine Congregation. These concerns have intensified following recent media stories. The decision of the Charities Commission to initiate a formal inquiry into these issues indicates the seriousness of the problem. It is imperative that religious organisations are held to the same standards as secular organisations when it comes to child protection."