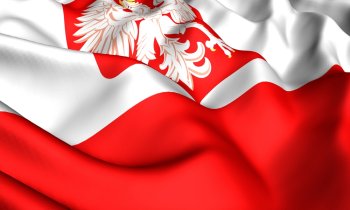 Massive demonstrations in Poland have resulted in a government U-turn over a law which would have criminalised abortion on all grounds except to save the life of the mother.

Thousands of women protested against the proposed law, which was backed by hard-line Catholic groups in the country and the ruling Law and Justice Party.

In the wake of the protests, a parliamentary committee recommended that the Polish parliament reject the legislation and the science minister said the demonstrations had taught the Government to have "humility".

In the days leading up to the protests, the European Women's Lobby and the International Planned Parenthood Federation European Network released an open letter to show solidarity with Polish women.

Addressed to "the women of Poland", the letter said: "Across Europe, we are watching in horror as your parliament tries to take away your fundamental human rights. We condemn this attack on your freedom to make choices. We support your efforts to stop this terrible ban on abortion and we stand with you in solidarity across borders.

"The Polish parliament is trying to ban abortion - terminating a pregnancy will become a criminal act. Survivors of rape will be forced to give birth. Doctors could face jail time for performing prenatal tests. Miscarriages will be met not with medical care, but questions from a prosecutor.

"The law on abortion in Poland is already one of the most restrictive in Europe. The new proposed law would make abortion illegal and punishable in all cases, except when there is an immediate and undeniable threat to a woman's life.

"There is already a huge amount of momentum in Poland to stop this oppressive law. Together, we can help strengthen it. Please add your name to the open letter, and help us raise funds to support the local activists where they most need it!"

The proposed law, sparked after a Catholic group collected a petition with 450,000 signatures, would have been even more restrictive than the current Polish legislation. As the law currently stands abortion is only permitted in the case of severe foetal abnormality, when the mother's life is in danger, or if the pregnancy is the result of rape or incest.

The Catholic Church in Poland has long opposed the current law, and Ordo Iuris, a Catholic legal group, was behind the petition which prompted the draconian new legislation, which would have even banned abortion in the case of rape.

Politico reported that just 14% of Poles said they wanted "more restrictions on abortion", compared to 42% who support the current 'compromise' legislation and 25% who want to see the law liberalised.

An opposing bill that would have allowed abortion on request up to a limit of 12 weeks was previously rejected by the Polish parliament.